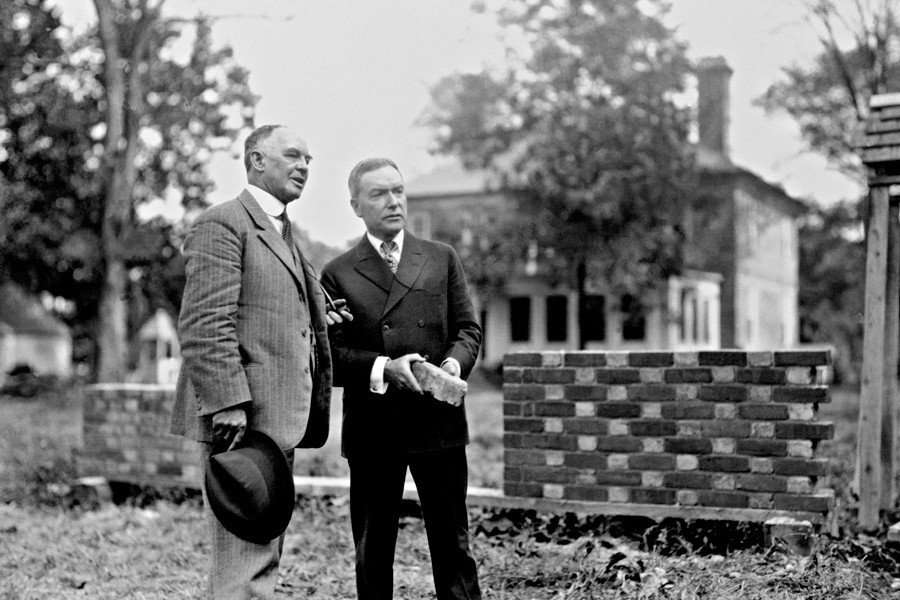 Colonial Williamsburg was the brainchild of the Reverend William Archer Rutherfoord Goodwin (left). In 1924, he approached the philanthropist and oil tycoon John D. Rockefeller Jr. (right) with the idea of restoring other parts of the town. Rockefeller agreed, and with cloak-and-dagger secrecy began purchasing run-down properties using Goodwin as his agent. In this 1926 photo, Goodwin and Rockefeller stand in back of the George Wythe House, where Goodwin had recently established the offices of the restoration project. Colonial Williamsburg officially obtained the property in 1938.