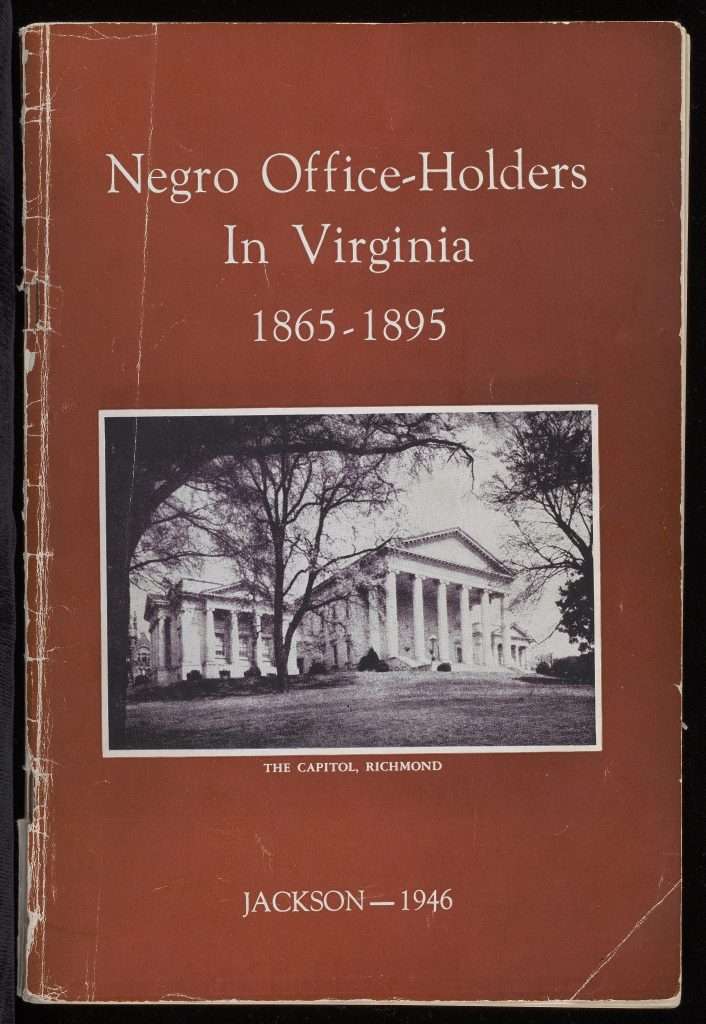 The photograph on the front cover of Luther Porter Jackson's Negro Office-Holders in Virginia, 1865–1895 (1945) depicts the Capitol in Richmond. Jackson's pioneering work includes biographical sketches of African Americans who won elective office in Virginia in the second half of the nineteenth century. The book was published in Norfolk in 1945 and copyrighted by Jackson in 1946.