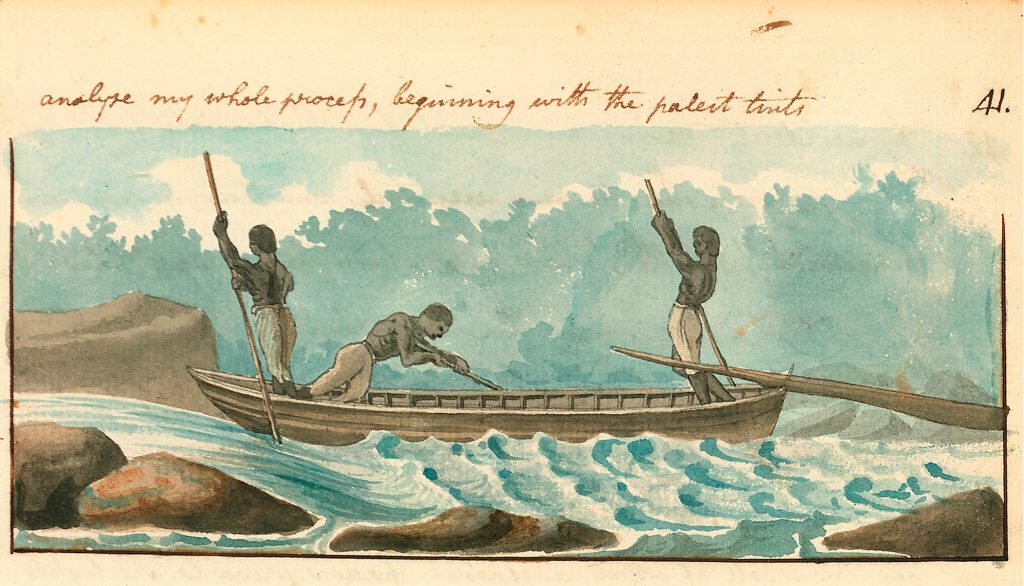 Black Rivermen in the Eighteenth Century

Three Black men pole their bateau, a long flat-bottomed boat, through the rapids on the James River above Richmond. Bateaux were used to transport tobacco, coal, and other goods along Virginia rivers and canals until the twentieth century. This late eighteenth-century watercolor is from a journal kept by Benjamin Henry Latrobe, the English-born architect best known for designing the U.S. Capitol. Latrobe lived in Virginia for several years and kept two illustrated journals with accounts of his travels. Of the rivermen he wrote, "Each [bateau] is managed by 3 Men, who with great dexterity often carry them 30 miles against the stream in one day." The artist admitted that his depiction of the bateau was far "too short: they are from 60 to 75 feet long, & from 5 to 6 feet broad."