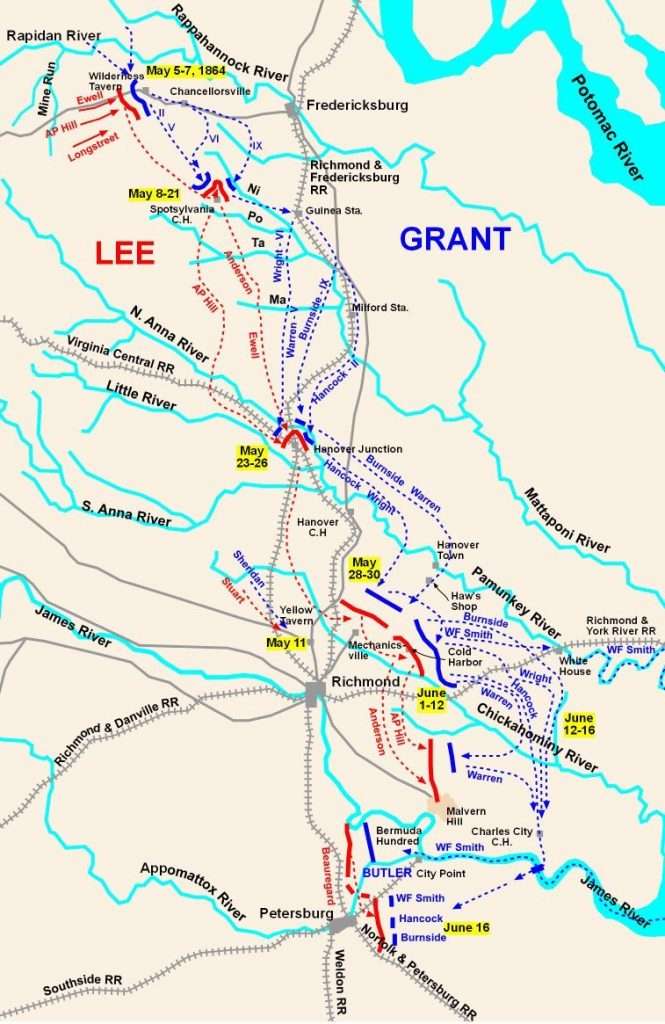 The series of Confederate (red) and Union (blue) troop movements and engagements—including the Battle of North Anna (May 23–26)—are outlined in this map of the Overland Campaign of 1864. In the spring offensive, the Union army's new general-in-chief, Ulysses S. Grant, stubbornly pursued Confederate general Robert E. Lee and the Army of Northern Virginia all the way to the Confederate capital of Richmond. The Battle of North Anna consisted of a number of small engagements along the North Anna River in central Virginia rather than a single pitched fight. The skirmishing was noteworthy for Confederate general Robert E. Lee's success in outmaneuvering his more powerful foe. Still, the fighting along the North Anna River highlighted the exhaustion of both armies and led Grant to believe that the Confederates were nearing defeat.