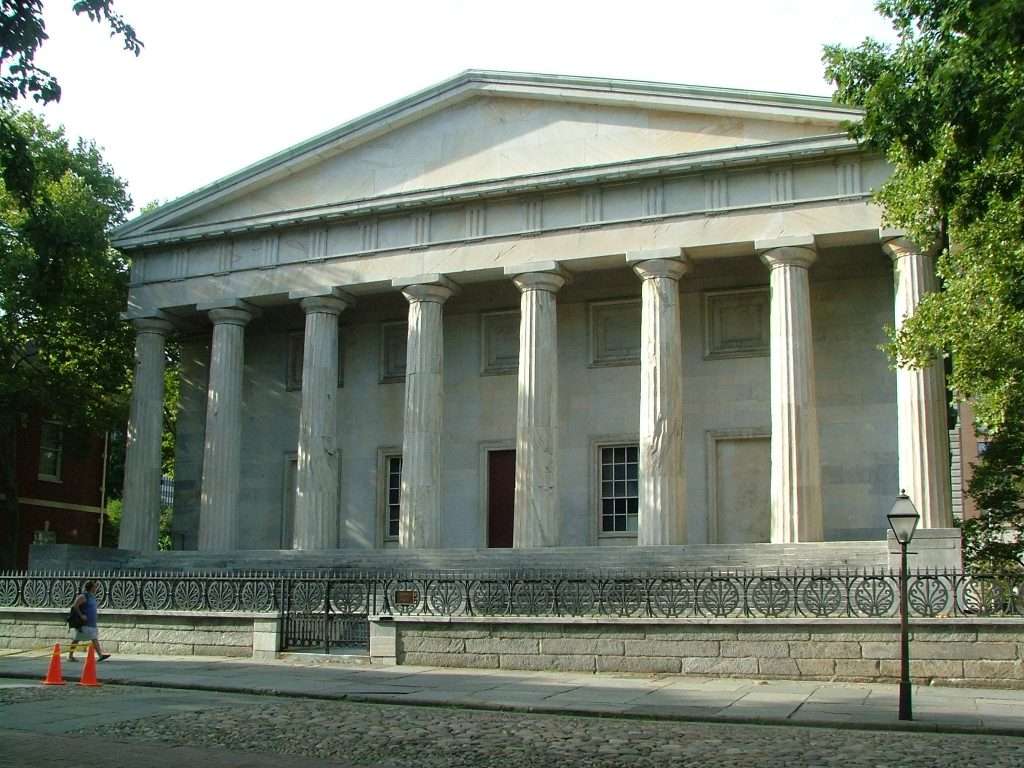 This modern photograph shows the south facade of the Second Bank of the United States, the nation's central bank that was chartered for a twenty-year term in 1816. This Greek Revival structure, modeled on the Parthenon, was designed by William Strickland and built between 1818 and 1824 in Philadelphia. Newly elected President Andrew Jackson, a firm opponent of the bank, vetoed the bank's charter in 1832. From 1844 until 1935 the buiding was used as the U.S. Custom House. It currently houses the Portrait Gallery of the Independence National Historic Park.