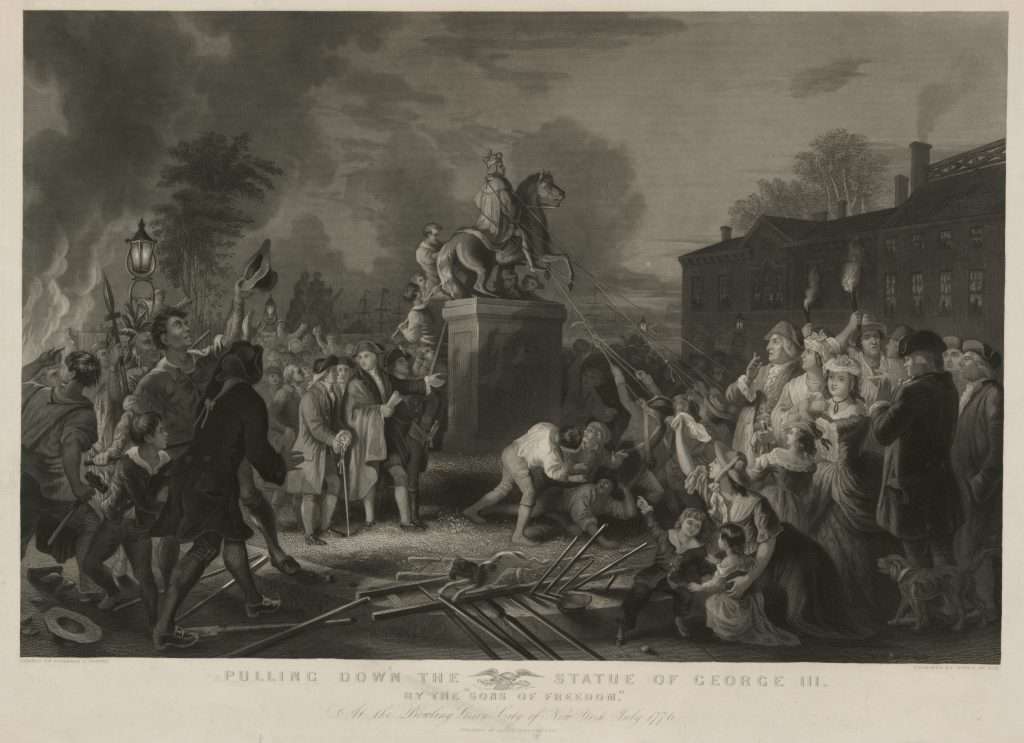 Stirred up after hearing the Declaration of Independence read publicly on July 9, 1776, the so-called Sons of Freedom—a mix of George Washington's soldiers and civilians—tear down a statue of the British monarch George III in New York City. The lead statue was later moved to Connecticut and used to make guns and bullets. This engraving, based roughly on a painting created about 1859, shows a mix of white men, women, and children of varying social classes, as well as an Indian in headdress carrying a spear (at left). In contrast, a contemporary print of the event made in Europe in 1776 portrayed a group of free blacks or slaves helping to topple the statue.

The equestrian statue had originally been erected in Bowling Green, a public park in lower Manhattan, in the wake of the king's help in repealing the hated Stamp Act of 1765.