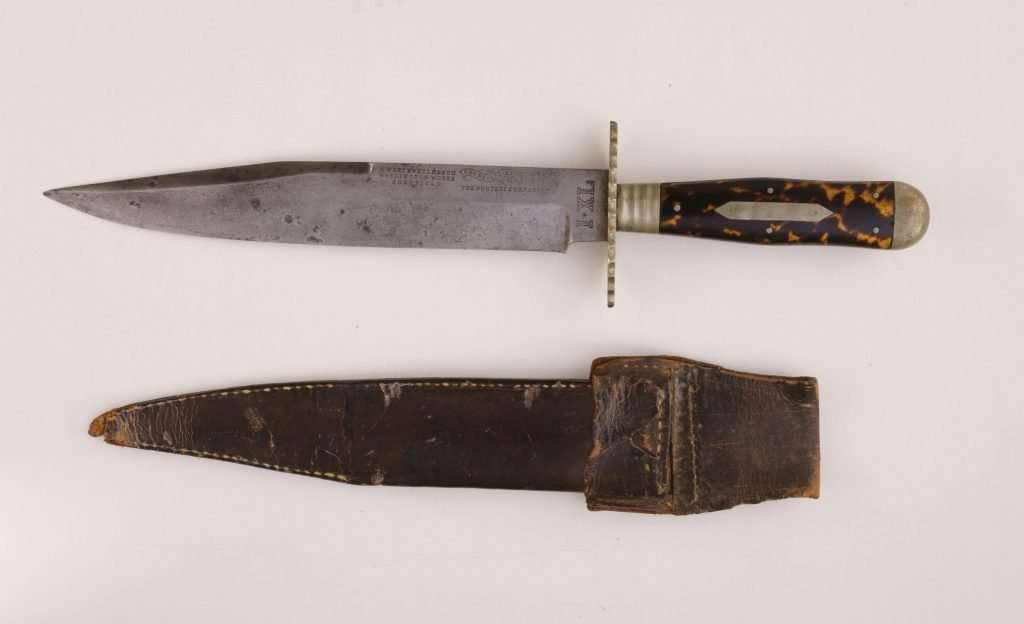 John Brown's bowie knife, maunfactured in Sheffield, England, by G. Wostenholm & Son, features a tortoise-shell handle and a steel blade marked with the identification: "THE REAL I*XL KNIFE / THE HUNTERS COMPANION." J. E. B. Stuart claimed to have taken this knife during John Brown's failed attack on the federal arsenal at Harpers Ferry, Virginia (now West Virginia), in October 1859. During the uprising, Stuart served as a volunteer aide to Colonel Robert E. Lee, a fellow Virginian who was in command of a Marine detachment. After Brown and his followers had taken hostages and barricaded themselves in an engine house, Lee sent Stuart under a flag of truce to try to negotiate a surrender. In a January 1860 letter to his mother, Elizabeth Letcher Stuart, Stuart boasted that he "immediately recognized Old Ossawottomie Brown, who had given us so much trouble … in Kansas" and that he took Brown's bowie knife as a souvenir.