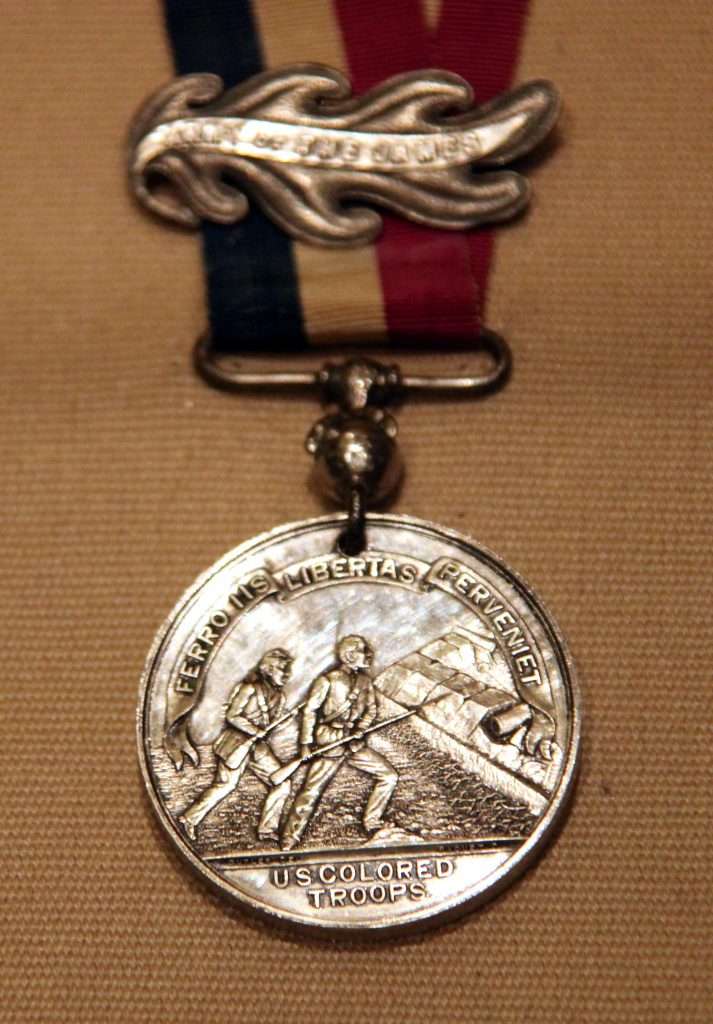 A medal issued to U.S. Colored Troops after the Battle of New Market Heights, fought on September 29–30, 1864, depicts two African American soldiers charging a Confederate fortification. After witnessing the heroism of the black soldiers in the battle, Union general Benjamin F. Butler commissioned Anthony C. Paquet, a German-born assistant engraver at the U.S. Mint, to design the medal. The scroll above the soldiers reads, in Latin, Ferro lis Libertas Perveniet (Freedom will be theirs by the sword). The reverse side of the medal bears a wreath of oak leaves and the inscriptions, "Distinguished For Courage" and "Campaign Before Richmond 1864."

The Butler Medal (also referred to as the Army of the James Medal) was the only medal created during the Civil War to honor a specific regiment or action. Butler used his own money to produce 197 silver and 11 bronze versions of this medal; he personally presented many of them to the soldiers. The general later wrote about the medals in his autobiography:

I had a medal struck of like size, weight, quality, fabrication, and intrinsic value with those which Queen Victoria gave to her distinguished private soldiers of the Crimea … These I gave by my own hand, save where the recipient was in a distant hospital wounded, and by the commander of the colored corps after it was removed from my command, and I record with pride that there were so many deserving that it called for a presentation of nearly two hundred.

The African American recipients were not permitted to wear the medals on their uniforms because Butler had commissioned the medals without obtaining official permission.