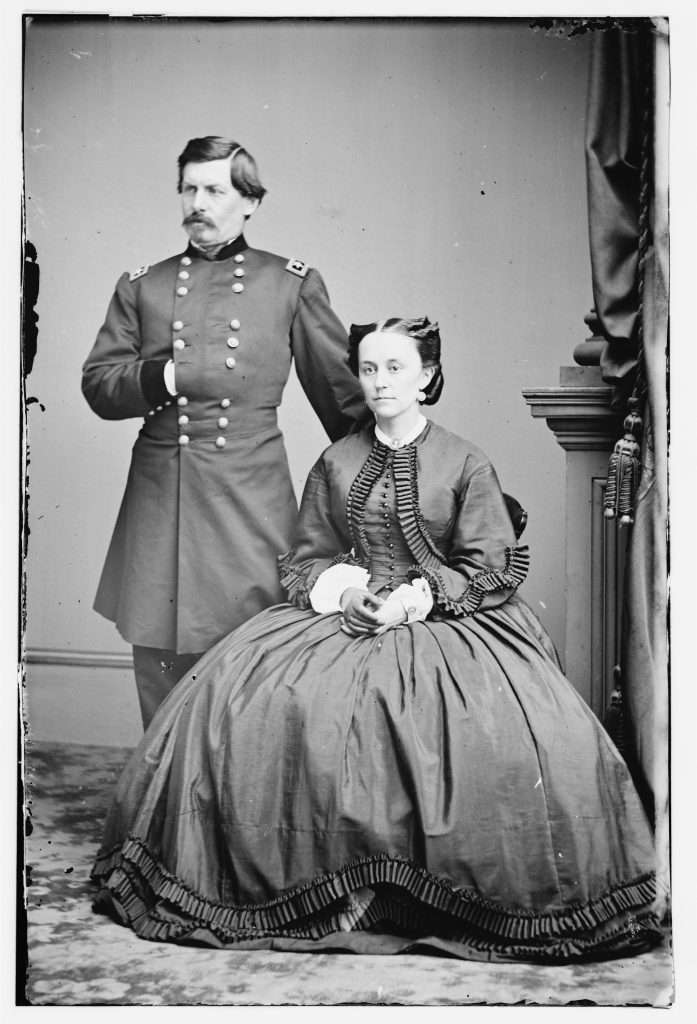 Union general George B. McClellan poses with his wife, Ellen Marcy. In 1855 McClellan began to court Marcy, whose other suitors included McClellan's old West Point friend, the future Confederate general A. P. Hill. Her father, Randolph Marcy, an Army officer, had for a time been McClellan's commander in the West. Having rejected his daughter's plan to marry Hill, Marcy acquiesced to this match, encouraged by McClellan's pursuit of a civil career. In 1857, McClellan became chief engineer of the Illinois Central Railroad, and by January 1858 was promoted to its vice president. That same year he opened his Chicago home to another West Point friend, Ambrose E. Burnside, who had been left destitute by a business failure; McClellan arranged a job for him with the railroad.