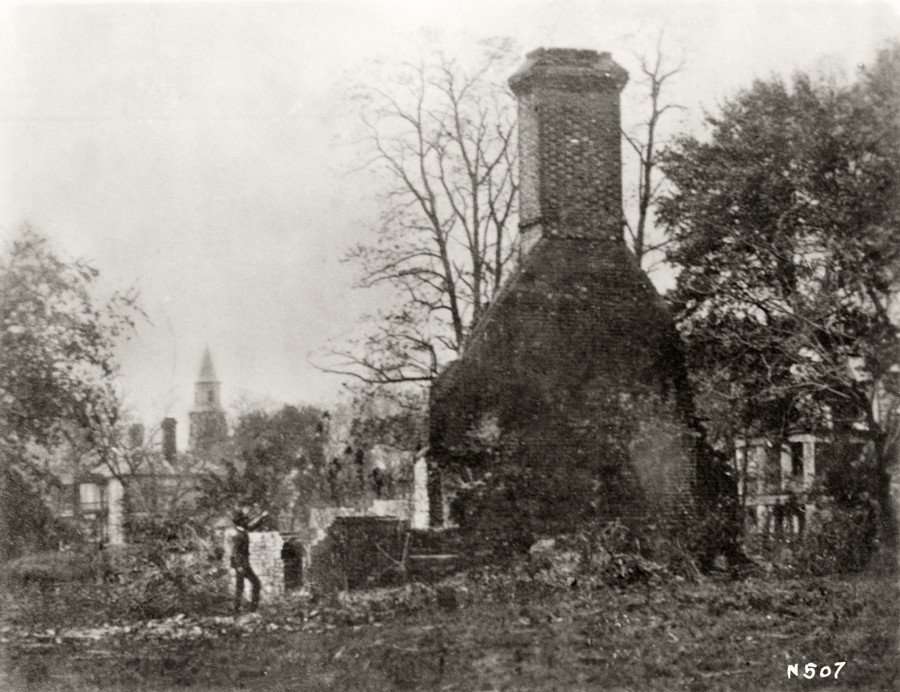 Prior to its restoration and reconstruction in the twentieth century, the colonial-era structures in the town of Williamsburg, Virginia, had largely fallen into ruin. This brick chimney was one of the prominent remaining features of the East Advance Building at the site of the colonial Governor's Palace. The Wythe House and Bruton Parish Church steeple are visible to the left of the chimney, while the Robert Carter House is visible to its right. This photograph is a copy of an original from the 1900s, well before restoration began. The copy was produced by Frank Nivison early in the 1930s.