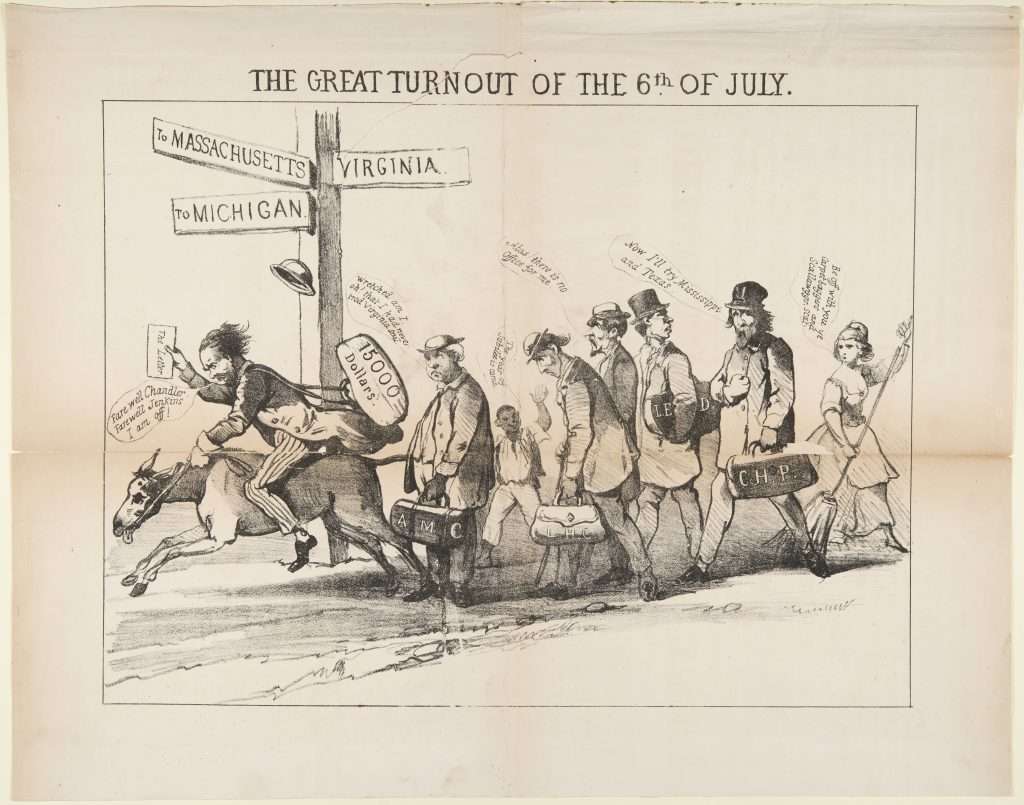 The Great Turnout of the 6th of July.

A political cartoon titled "The Great Turnout of the 6th of July" satirizes the aftermath of the July 6, 1869, election, which ratified the new Virginia constitution and elected a moderate Republican governor over a more radical candidate. A Virginia woman is shown using a broom to sweep out the "carpetbaggers and scallawags" who head toward Massachusetts and Michigan. One figure leaving the state laments, "Wretched am I. oh! that I had never trod Virginia soil," while another announces, "Now I'll try Mississippi and Texas."