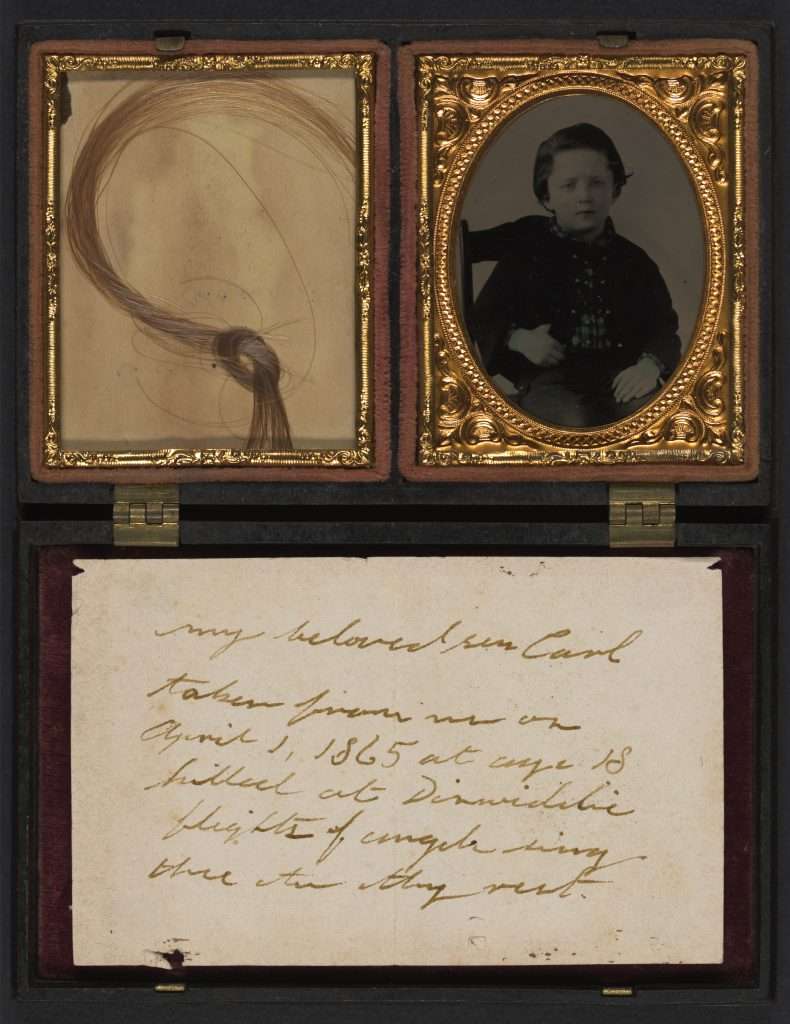 This tintype of a young boy along with a lock of his hair serves as a memorial to a soldier killed in Dinwiddie County, Virginia, during the Battle of Five Forks. A handwritten note by his grieving parent is included in the case that holds an image of the soldier as a child. "[M]y beloved son Carl taken from me on April 1, 1865 at age 18 killed at Dinwiddie," the inscription notes, and ends with, "flights of angels wing thee to thy rest." Confederate general Robert E. Lee surrendered the Army of Northern Virginia at Appomattox, Virginia, on April 9, 1865, a little more than a week after Carl—whose last name is unknown—was killed. Roughly 100 Union soldiers and nearly 600 Confederate soldiers were killed that day.