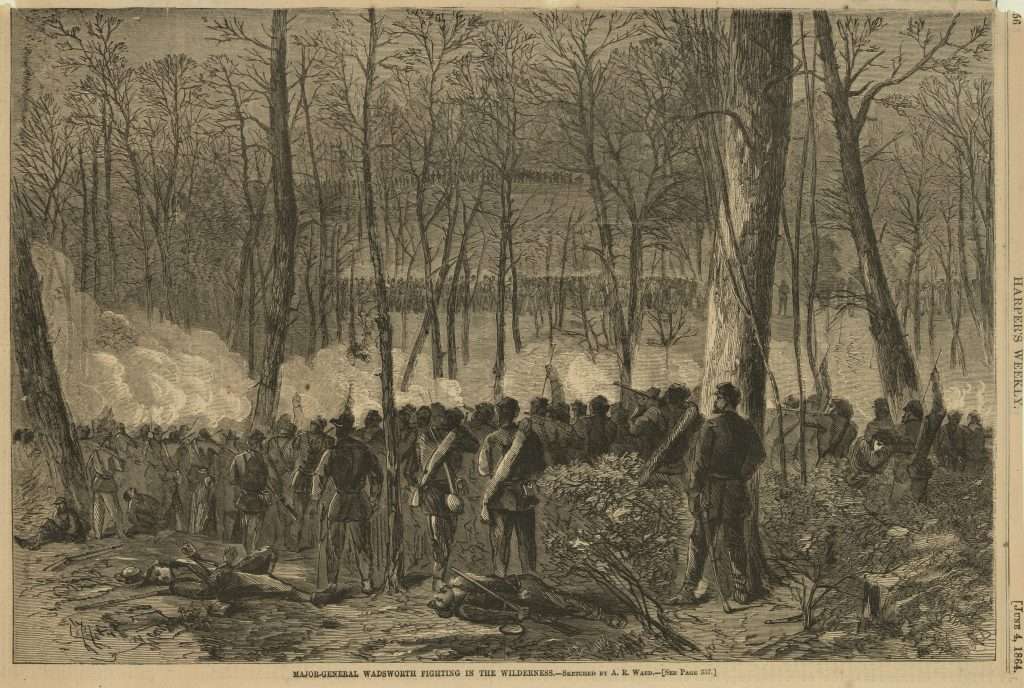 Major-General Wadsworth Fighting in the Wilderness

An engraving in Harper's Weekly, published on June 4, 1864, depicts Union forces under the command of Major General James S. Wadsworth fighting at the Battle of the Wilderness on May 6, 1864, when he was mortally wounded. He died two days later. The original sketch was drawn by Alfred R. Waud, a Harper's correspondent who witnessed the battle. An accompanying description states, "The sketch gives a good idea of the almost impenetrable nature of the Wilderness, and of the disadvantages under which our soldiers fought."