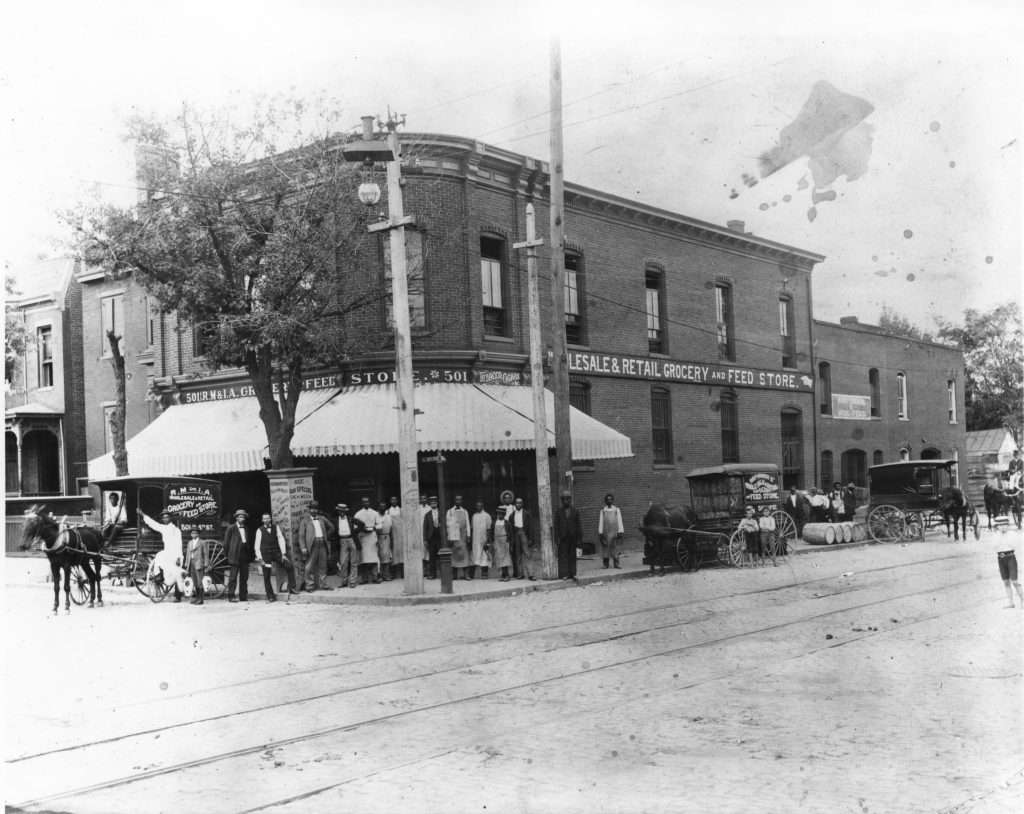 6th and Cary Streets in Richmond

Employees of the R. M. & I. A. Grocery and Feed Store pose in front of the establishment, which was located on the corner of 6th and Cary streets in the Jackson Ward neighborhood, the heart of Richmond's African American community. An advertising kiosk in front promises that the store is the "Headquarters For Low Prices." A heavily loaded wagon to the right is from the grocery and feed store operated by the Grand Fountain of the United Order of True Reformers, an African American fraternal organization that became the largest and most successful black business enterprise in the United States between 1881 and 1910.