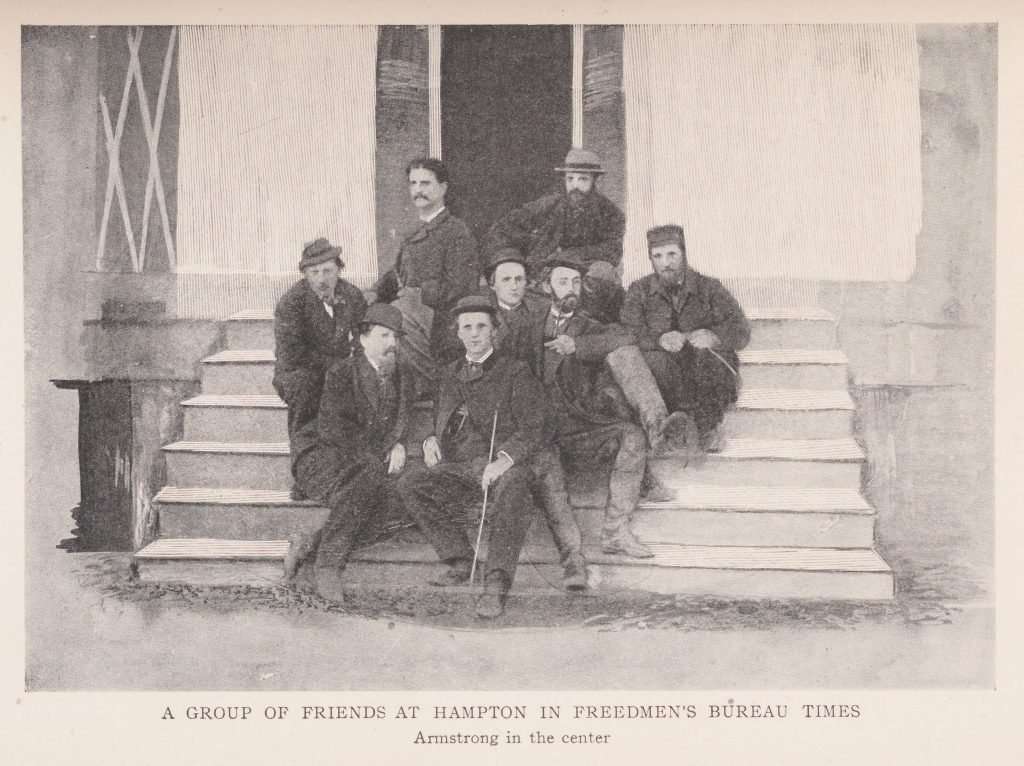 Samuel Chapman Armstrong, seated at center with a cane, is surrounded by a group of friends at Hampton Normal and Industrial Institute, probably in 1868. The photograph, published in Samuel Chapman Armstrong: A Biographical Study (1904), was, according to the caption, taken "in Freedmen's Bureau times." From 1866 to 1868 Armstrong served as assistant subcommissioner of the Freedmen's Bureau for the district covering the lower peninsula between the James and York rivers as well as Surry and Isle of Wight counties and portions of the Eastern Shore. In 1868 he founded the Hampton Normal and Industrial Institute.