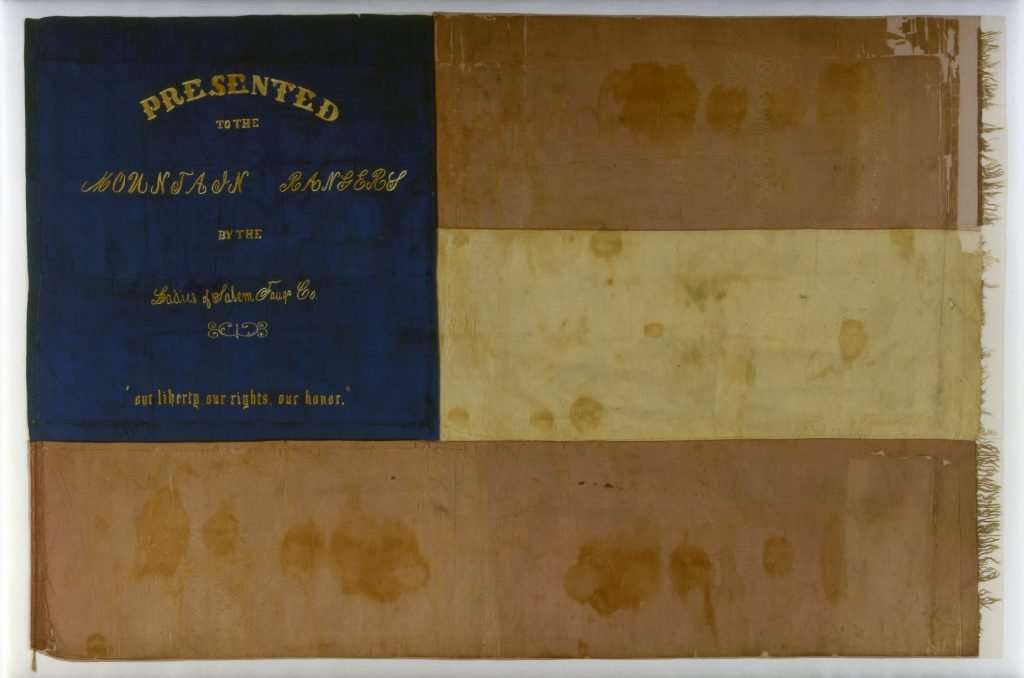 This silk flag measuring roughly 4 feet x 6 feet was presented by the "Ladies of Salem" in Fauquier County to the Mountain Rangers, a vigilante group headed by Turner Ashby. As early as 1853 the rangers patrolled the county to protect locals from rioting railroad workers and suspected abolitionists. After the Civil War began the unit was merged into the Seventh Virginia Cavalry. General Ashby used this as his headquarters flag until his death. In gold embroidery the motto on the flag reads: "our liberty, our rights, our honor."