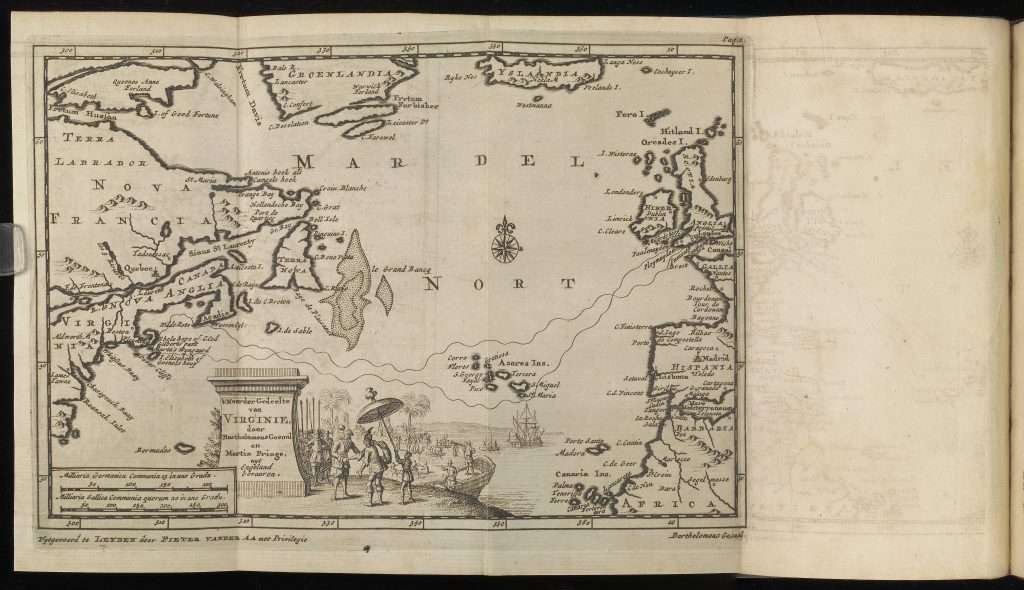 A foldout map from the 1706 Dutch edition of Gabriel Archer's "The Relation of Captaine Gosnols Voyage to the North Part of Virginia" (1625) delineates Bartholomew Gosnold's route during his 1602 expedition to Cape Cod, or what was then known as North Virginia. Gosnold named Cape Cod because of the abundance of cod found in the waters there. He also named Martha's Vineyard, indicated on the map as "Marta's Wyngaard," naming it after his deceased daughter. An engraving beneath the map shows an Englishman, presumably Gosnold, greeting an unidentified native leader.