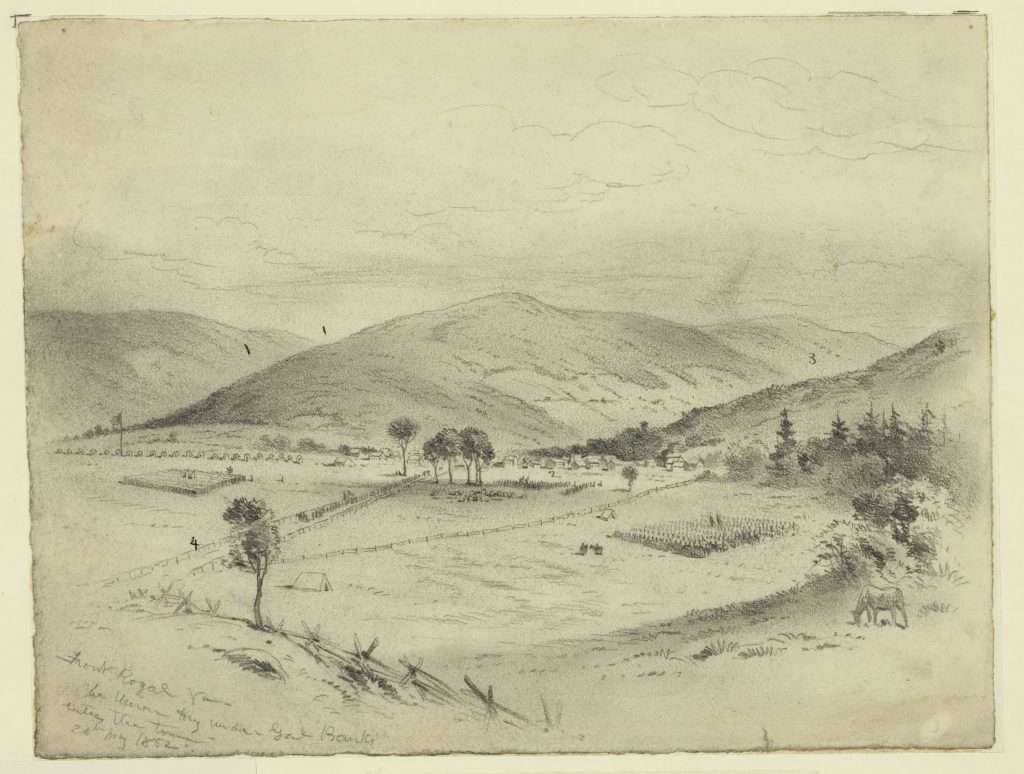 Union troops enter the town of Front Royal, in the Shenandoah Valley, late in May 1862. This rough pencil sketch shows soldiers marching along the road, while regiments drawn up in formation are on the adjacent fields. The sketch's vantage point is looking "up" the Valley; because the Valley declines in elevation as it extends northward, looking "up" actually means looking south. The numbers on the drawing are likely keyed to the following locations: (1) the Luray Valley; (2) the town of Front Royal with Massanutten Mountain behind it; (3) the Shenandoah Valley; and (4) the Winchester Turnpike. On May 21, 1862, Union general Nathaniel P. Banks sent the 900-man 1st Maryland Infantry to Front Royal to protect his flank while he operated in the vicinity of Strasburg. Two days later, Confederate general Thomas J. "Stonewall" Jackson attacked and defeated the Union forces at Front Royal, prompting Banks to withdraw north to Winchester.

Edwin Forbes, a special correspondent for Frank Leslie's Illustrated Newspaper, drew this sketch. Forbes spent time in the Shenandoah Valley with Union troops, and later described the region as "a fair land resting in peace and plenty, which one could not imagine was to so soon be made desolate."