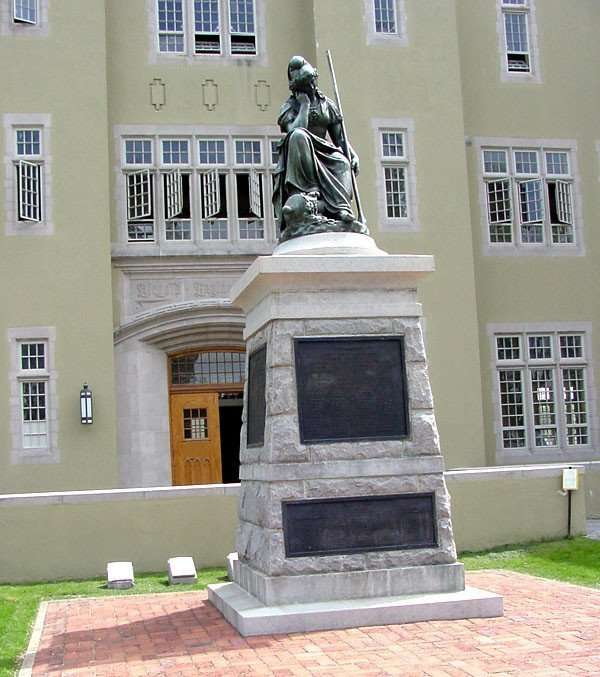 This sculpture at the Virginia Military Institute (VMI), titled Virginia Mourning her Dead, honors the ten cadets from the school who fought and died after being wounded on the battlefield near New Market on May 15, 1864. Dedicated in 1903 and moved to its current location in 1912, the bronze sculpture was created by the artist Moses Jacob Ezekiel. The Richmond-born Ezekiel was the first Jewish cadet to attend the school and served as a corporal in the color guard during the Battle of New Market. He graduated in 1866.

Individual grave markers for the fallen cadets are visible behind the base of the sculpture. Remains of six of the young men who died are set in a copper box inside the foundation of the monument; the other four cadets are not buried at VMI. A ceremony to commemorate the deaths is held every year at the monument on the anniversary of the battle. The name of each fallen cadet is called out; after each name, a cadet chosen for the ceremony replies, "Died on the field of honor." Floral tributes, a prayer, and a three-volley gun salute are then followed by a rendition of "Taps" and the hymn "Amazing Grace."