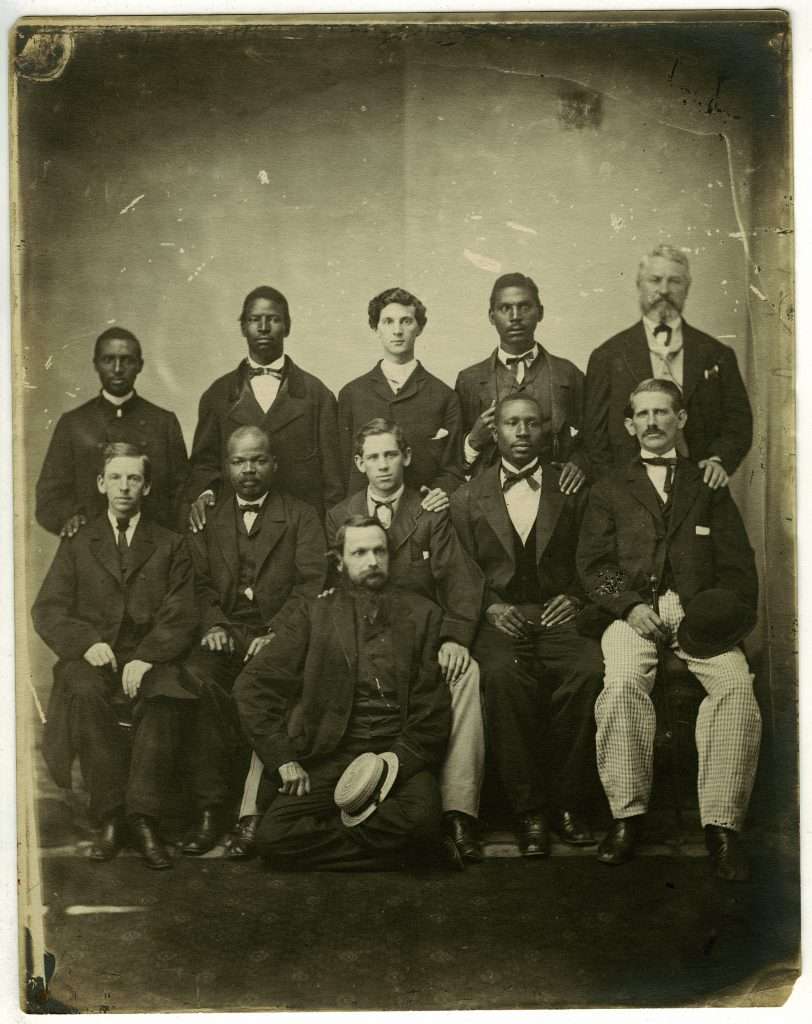 One of two group portraits made by David H. Anderson shows eleven of a pool of twenty-four potential petit, or trial, jurors appointed by the U.S. Circuit Court for the District of Virginia in 1867 as part of proceedings against former Confederate president Jefferson Davis on treason charges. However, the trial never went forward. Davis was released on bail on May 13, 1867, and the charges against him dropped early in 1869. Nonetheless, some of the photographed men did sit on juries for trials held during that session of the U.S. Circuit Court in Richmond, which lasted from May to November 1867. They were likely Virginia's first African American petit jurymen. The grand jury for that session of the circuit court was also interracial.