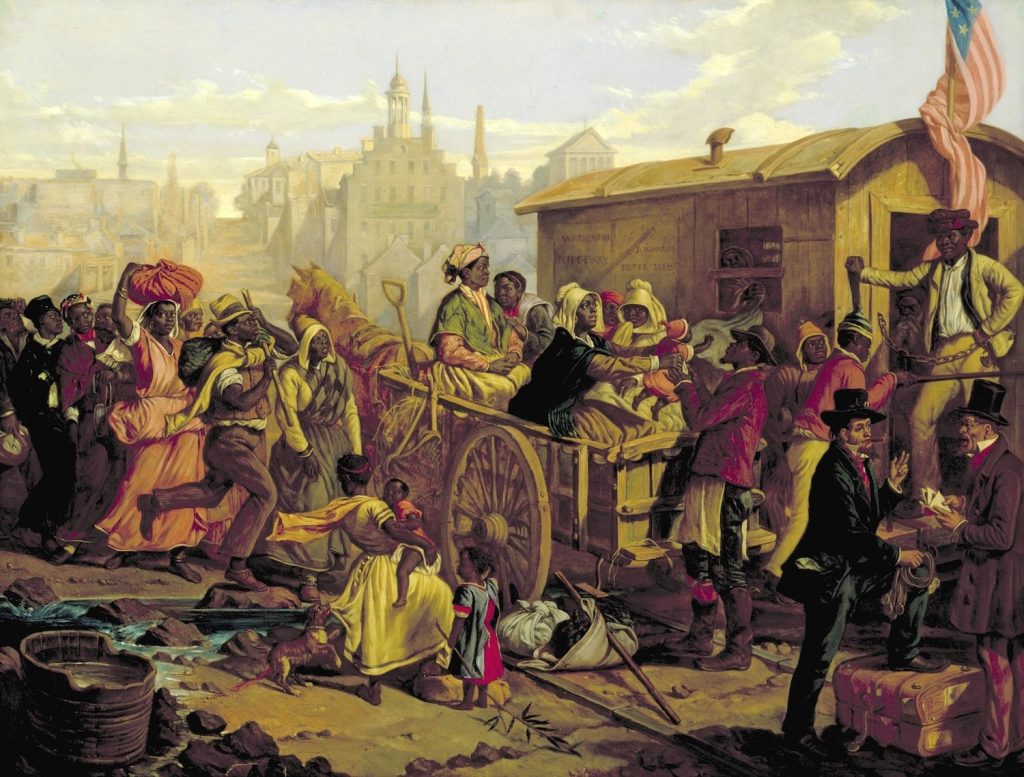 After the Sale: Slaves Going South from Richmond

An 1854 oil painting by English artist Eyre Crowe depicts newly purchased slaves being loaded onto a railroad car at the Richmond and Petersburg Railroad depot on Eighth Street in Richmond. Crowe accompanied British novelist William Makepeace Thackeray on a 1853 speaking tour in the United States, traveling throughout the East Coast and the south. While visiting Richmond, the artist attended a slave auction and afterwards noted, "We saw the usual exodus of negro slaves, marched under escort of their new owners across the town to the railway station, where they took places, and 'went South.'" Written on the side of the railroad car are the words "Warrenton Ridgeway," which indicate that the slaves are being moved south toward Ridgeway, North Carolina. (From North Carolina some or all of the slaves might have been sent farther south, part of the large-scale movement of slaves from the Upper South to the Lower South.) At center, an enslaved woman in a cart hands her baby to a Black man. At bottom right, two well-dressed men involved in the slave trade—one of whom holds a rolled up whip in his right hand—talk business. The railway scene takes place within sight of the columned Virginia State Capitol, which is visible in the distance above the railroad car.

This oil painting, titled After the Sale: Slaves Going South from Richmond, was first exhibited in London at the 1854 Society of British Artists under the title Going South: A Sketch from Life in America.