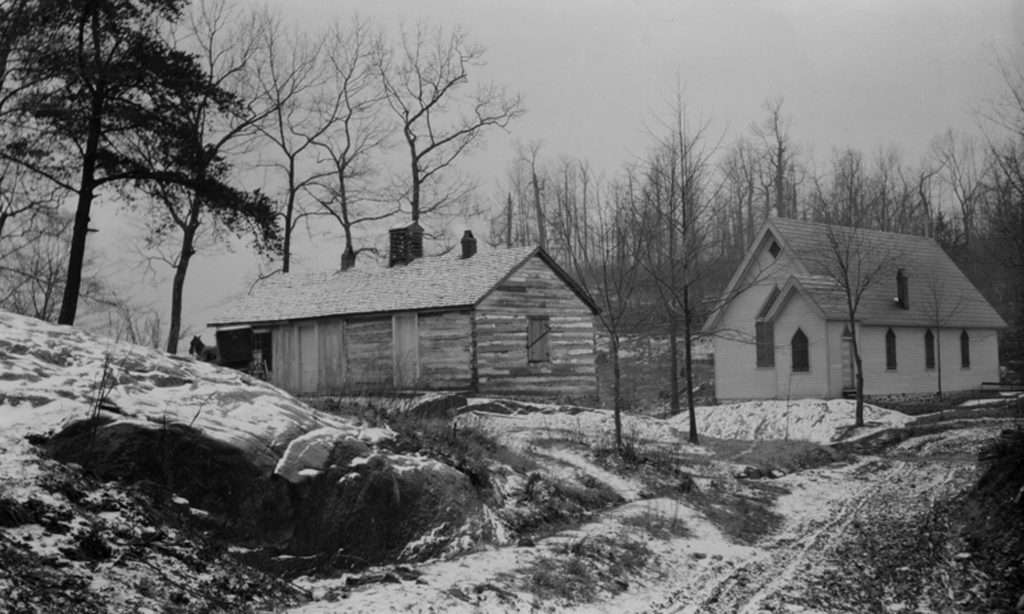 A photograph taken in the early twentieth century shows a schoolhouse and chapel located near Falling Rock Creek at the foot of Bear Mountain, an area in Amherst County inhabited by Monacan Indians.

A log cabin, serving as a church, had existed on the site since about 1868. In 1908, the Episcopal minister Arthur P. Gray Jr. established Saint Paul's Mission and, by adding classrooms to the cabin, the Bear Mountain Indian Mission School. The school enrolled students through the seventh grade until public school desegregation in 1964.