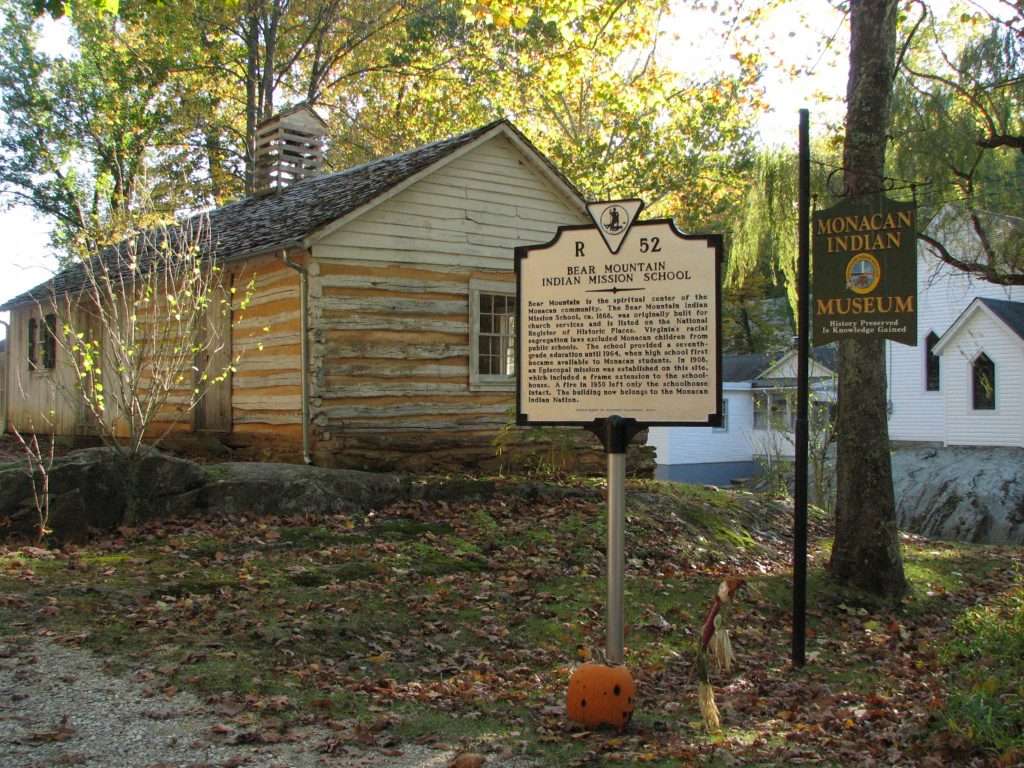 In this photograph by Bill Johns, taken on October 27, 2007, a Virginia Historical Highway Marker marks the location of the Bear Mountain Indian Mission in Amherst County. Erected in 2007, the marker reads:

"Bear Mountain is the spiritual center of the Monacan community. The Bear Mountain Indian Mission School, ca. 1868, was originally built for church services and is listed on the National Register of Historic Places. Virginia's racial segregation laws excluded Monacan children from public schools. The school provided a seventh-grade education until 1964, when high school first became available to Monacan students. In 1908, an Episcopal mission was established on this site, which included a frame extension to the schoolhouse. A fire in 1930 left only the schoolhouse intact. The building now belongs to the Monacan Indian Nation."