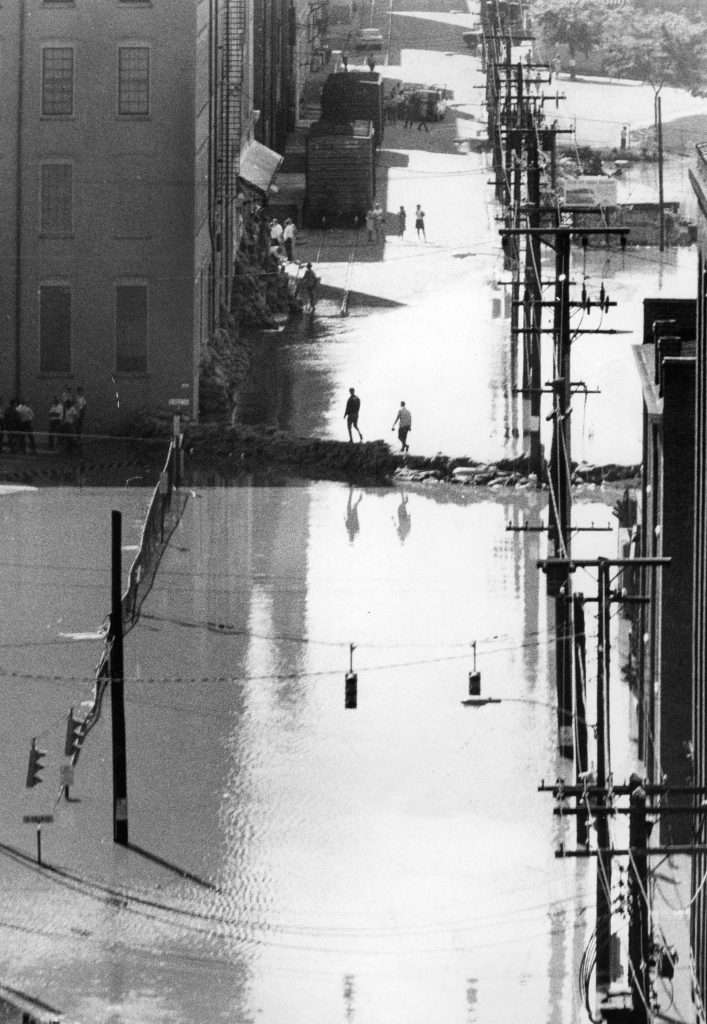 Hurricane Camille arrived in Virginia on the night of August 19, 1969, one of only three category five storms ever to make landfall in the United States since record-keeping began. One of the worst natural disasters in Virginia's history, the storm produced what meteorologists at the time guessed might be the most rainfall "theoretically possible." As it swept through Virginia overnight, it seemed to catch authorities by surprise. Communication networks were not in place or were knocked out, leaving floods and landslides to trap residents as they slept. Hurricane Camille cost Virginia 113 lives lost and $116 million in damages. It also served as a lesson that inland flooding could be as great a danger as coastal flooding during a hurricane. In this photograph, sandbags at the intersection of Cary and 18th streets failed to stop the flooding through Richmond.