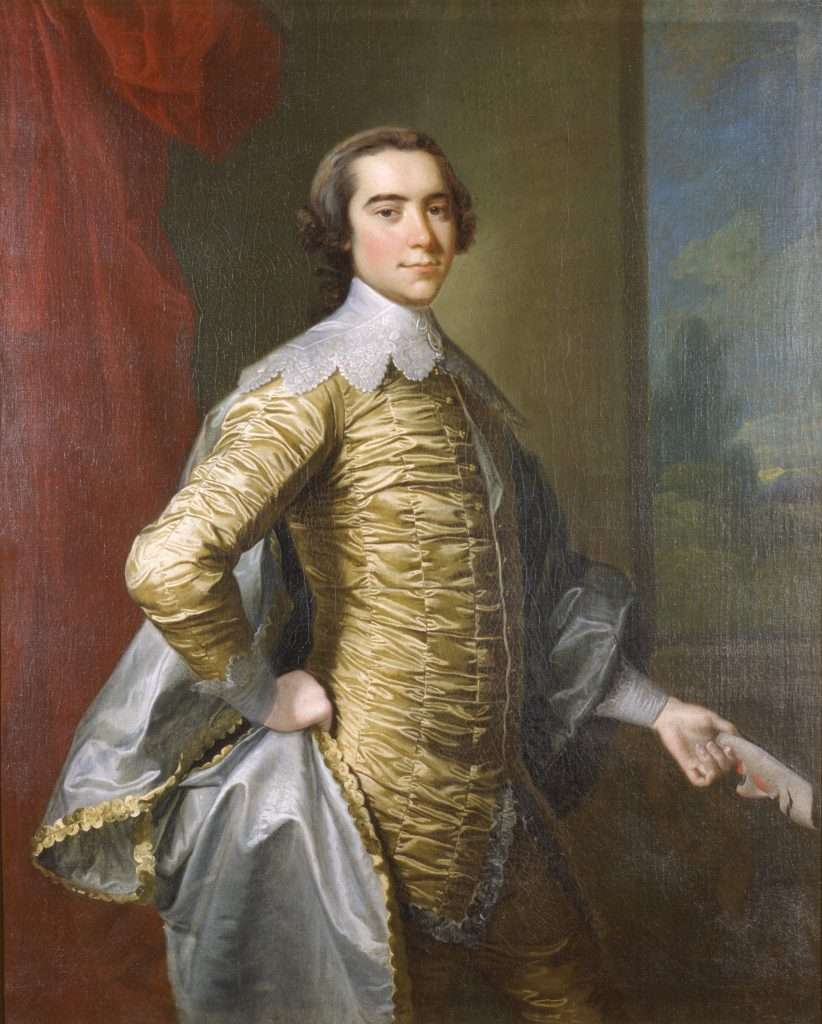 Robert Carter III is dressed for a masquerade ball in this mid-eighteenth-century oil portrait painted in London by the celebrated artist Thomas Hudson. The only known portrait of Carter, it was probably painted in 1749 or 1750 when the young man was around twenty-one years old, the age at which he inherited more than 65,000 acres of Virginia land and several hundred slaves. In the painting Carter wears a Van Dyke costume, a style of dress that had been in vogue a century earlier; in his left hand, he holds a mask. In The First Emancipator (2005), biographer Andrew Levy writes of Carter in the portrait: "He looks like he is on his way to a ball, to a lifetime of balls, and has stopped just for a moment before donning the mask."

This portrait originally hung in Carter's Williamsburg home, but he moved it to Nomoni Hall, the Westmoreland County mansion he inherited from his father; the painting remained there until Robert Carter III's death.