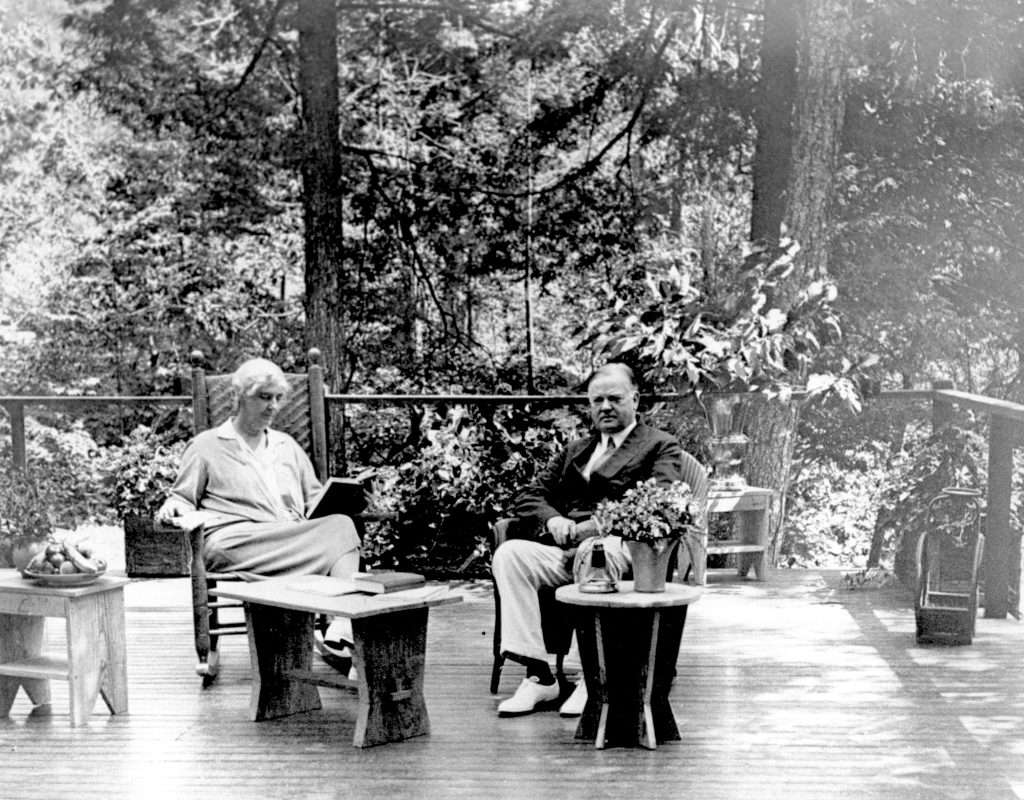 U.S. president Herbert Hoover, and his wife Lou Henry, are seated here at Rapidan Camp near Shenandoah National Park. William E. Carson, chairman of the Virginia Commission on Conservation and Development, had approached Hoover about constructing a campsite in the vicinity of the planned location of the park in order to increase public support and visibility for the project. A site on the Rapidan River was selected. Hoover paid for the cost of the camp out of his own pocket, and every time he fished there Virginia and the nearby park received favorable publicity. Although the arrival of the Great Depression precluded additional federal funding for the park, Carson successfully lobbied the president and the U.S. Congress to use federal funds on roads in and near the park, including the Skyline Drive, and to hire unemployed workers.