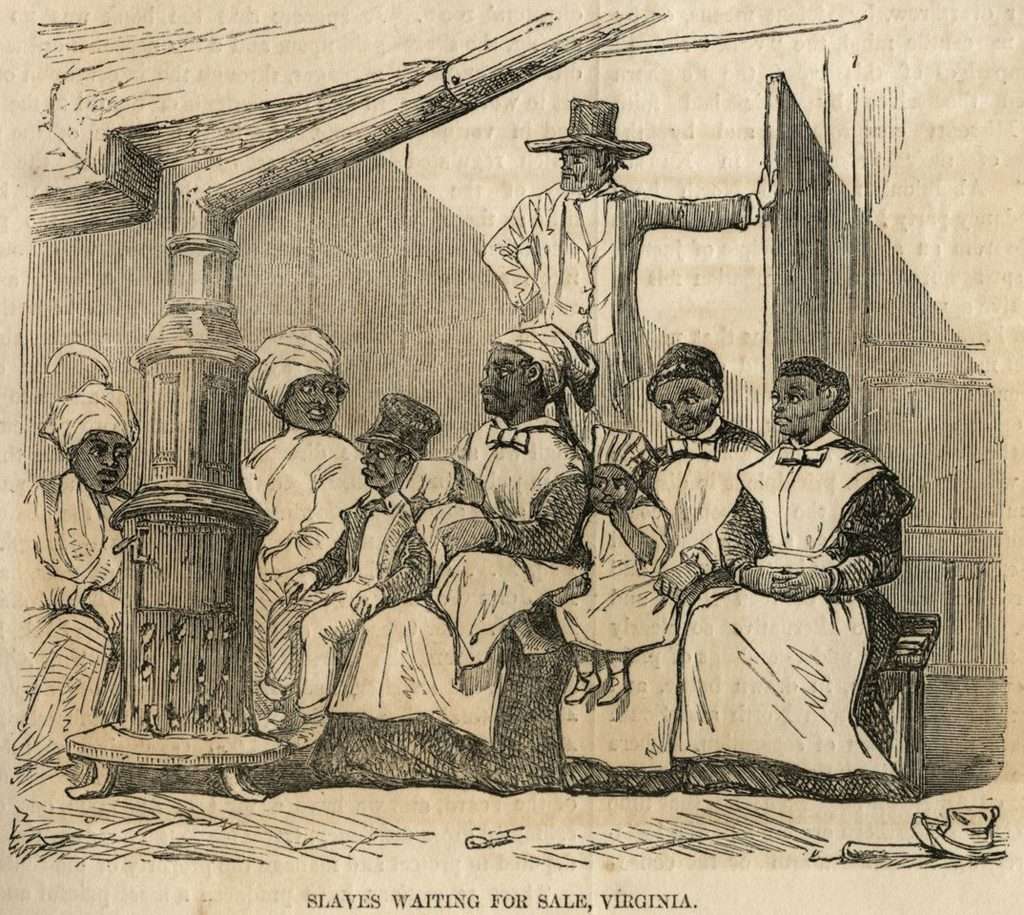 A wood engraving titled Slaves Waiting for Sale, Virginia, published in the Illustrated London News on September 27, 1856, depicts a group of eight enslaved women and childen awaiting the moment of their sale. The original sketch was made by the English artist Eyre Crowe, who witnessed a slave auction in Richmond on March 3, 1853. Crowe later created an oil painting based on the same scene and added an enslaved male to the group awaiting the auction block.