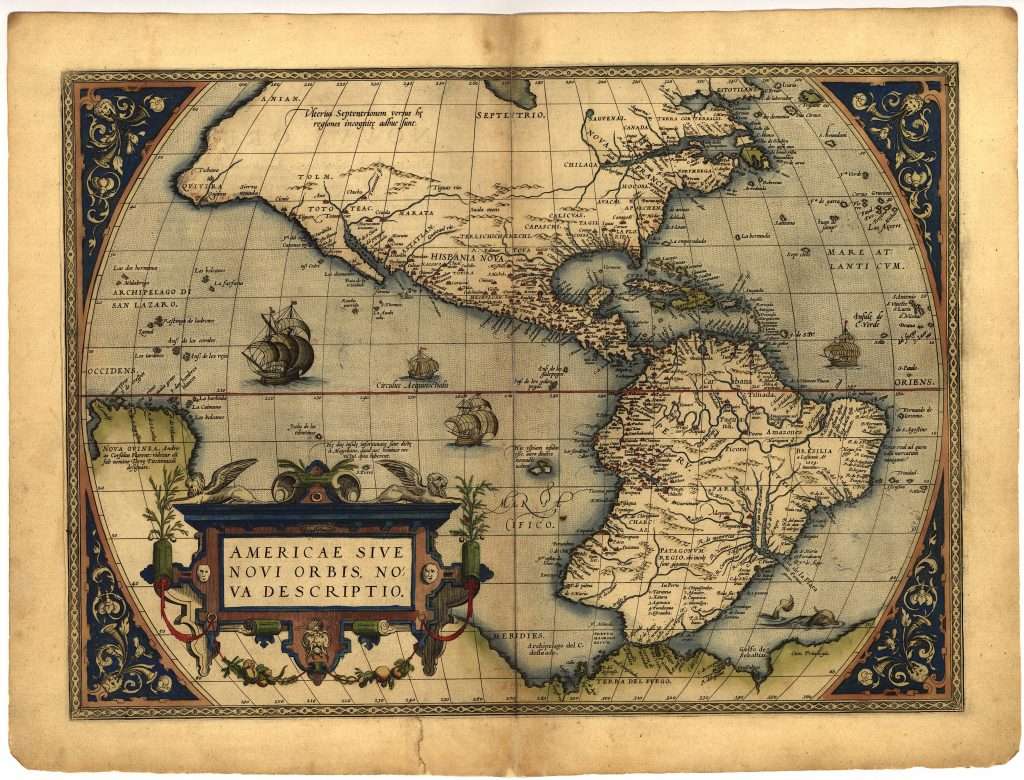 This hand-colored, engraved map of North and South America is from the original Latin edition of Abraham Ortelius's Theatrum Orbis Terrarum (1570), which is considered the first modern atlas. Though the outline of North America is fairly accurate, there are some errors: for instance, New Guinea is situated south of California, and the Pacific Ocean is depicted as a narrow body of water. The mythical kingdom of Anian, first mentioned by Marco Polo, is shown in the far northwest, though it was usually associated with Asia.

Ortelius was a Flemish scholar and geographer. This 1570 edition contained seventy maps which were bound into a book with an accompanying text. The maps were updated in subsequent editions, and the atlas continued to be published until 1612. The Theatrum was considered the most authoritative set of maps in the late sixteenth and early seventeenth centuries.