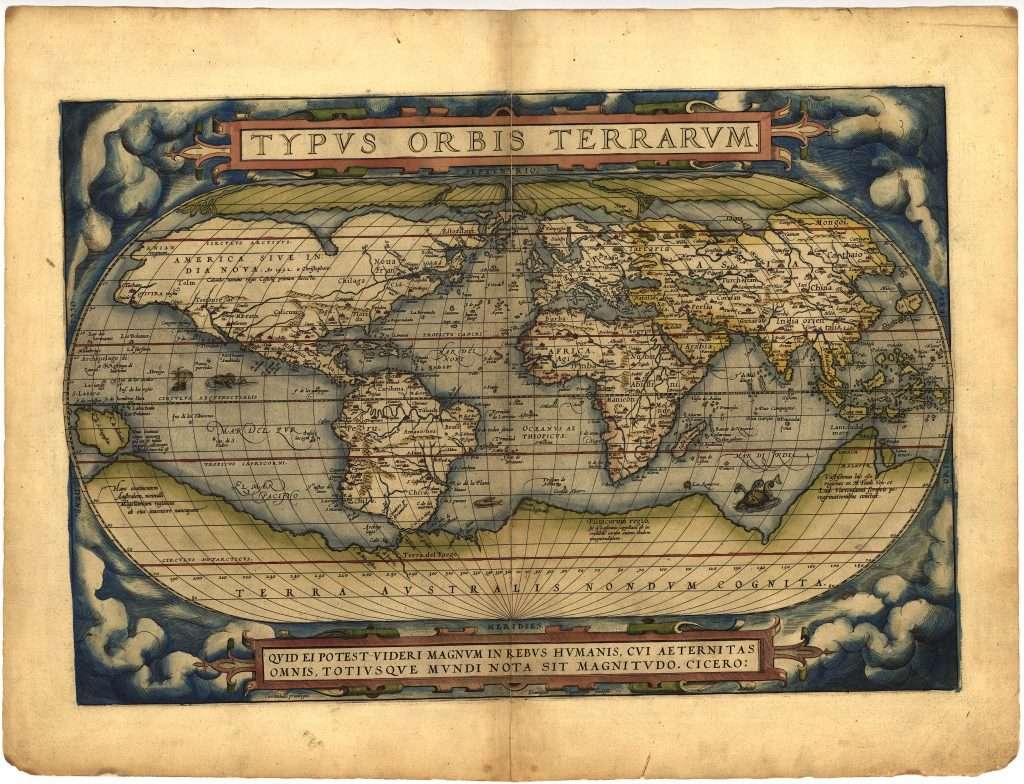 This hand-colored, engraved map of the world is from the original Latin edition of Abraham Ortelius's Theatrum Orbis Terrarum (1570), which is considered the first modern atlas. Ortelius was a Flemish scholar and geographer, and this map was based on an earlier work by his colleague, cartographer Gerard Mercator.

The 1570 edition of the atlas contained seventy maps which were bound into a book with an accompanying text. The maps were updated in subsequent editions, and the atlas continued to be published until 1612. The Theatrum was considered the most authoritative set of maps in the late sixteenth and early seventeenth centuries.