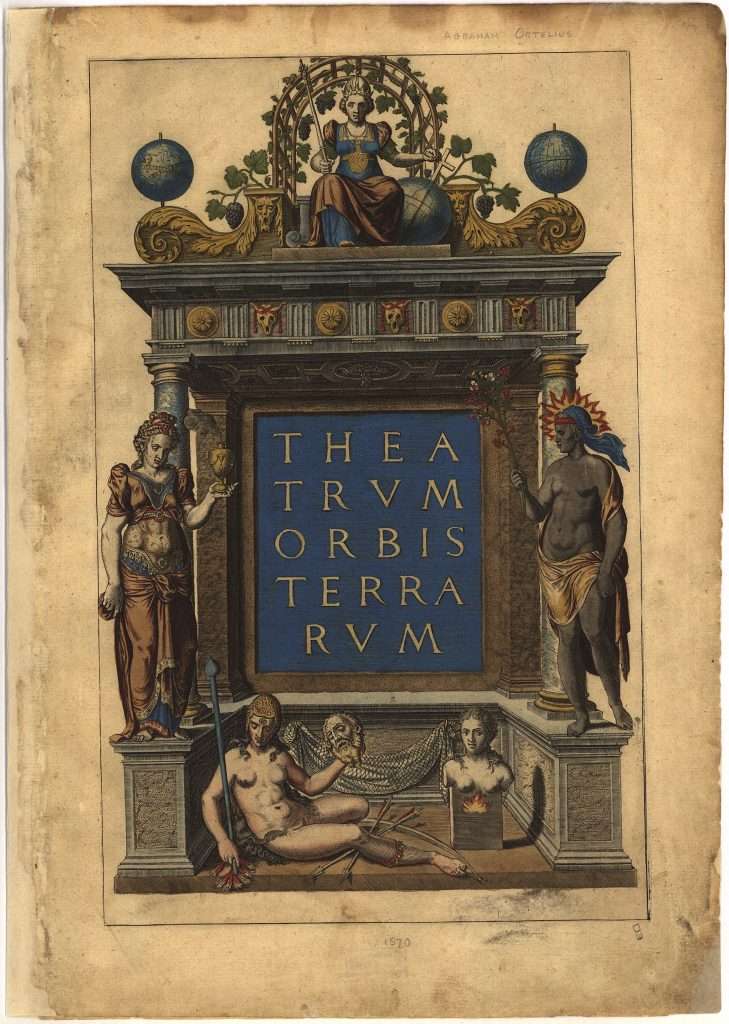 The title page for Abraham Ortelius's original Latin edition of Theatrum Orbis Terrarum (1570), considered the first modern atlas, includes allegorical figures posed around columns in a theatrical display. (The English translation of the title is Theater of the World.) A regal figure sits atop the architectural structure. Historian Jason Harris, an expert on Ortelius and his work, writes, "The title page reflects an imperial Europa commanding an ordered world in which Christianity rules supreme …"

This 1570 edition contained seventy maps which were bound into a volume with accompanying text. The maps were updated in subsequent editions, and the atlas continued to be published until 1612. The Theatrum was considered the most authoritative set of maps in the late sixteenth and early seventeenth centuries.