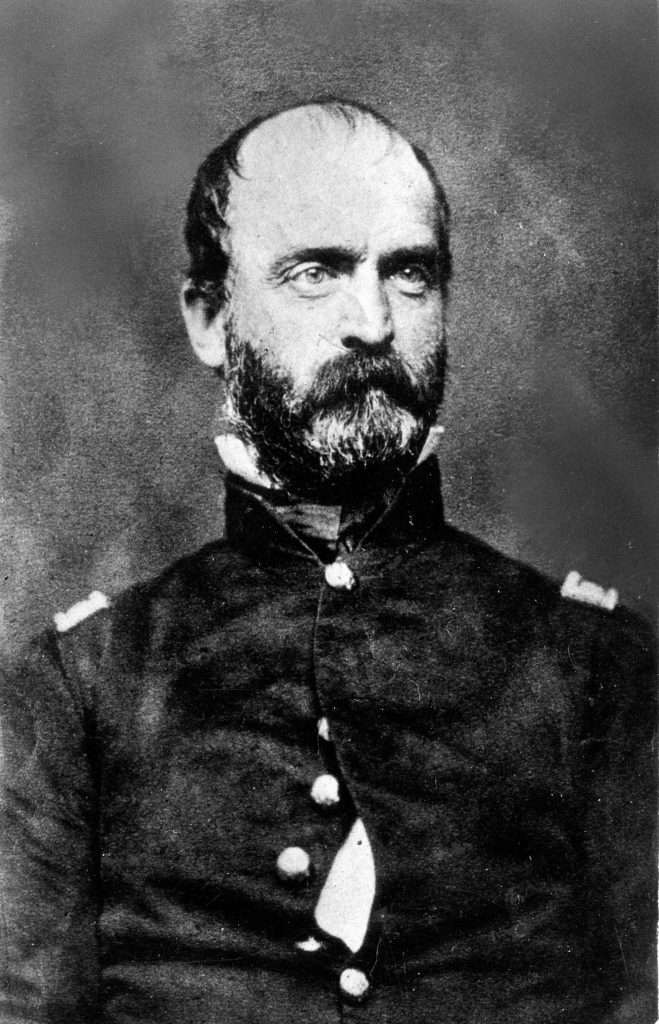 Lewis A. Armistead was a Confederate general in the Army of Northern Virginia during the American Civil War (1861–1865). Decorated for bravery during the Mexican War (1846–1848), the West Point dropout and widower earned a reputation as a tough, soft-spoken, and highly respected leader at such battles as Seven Pines (1862), Antietam (1862), and Fredericksburg (1862), and was known to his friends, ironically, as "Lo," short for Lothario. At Gettysburg, on July 3, 1863, he helped to lead the frontal assault that came to be known as Pickett's Charge. When Armistead, at the head of his brigade, reached the stone wall on Cemetery Ridge that protected the Army of the Potomac's Second Corps, he was shot and wounded more than once. The Union troops who fired the fatal shots happened to be commanded by one of Armistead's closest friends, Winfield Scott Hancock. His death was immortalized in the 1993 film Gettysburg and has come to symbolize the Lost Cause-influenced "brother versus brother" view of the war so celebrated in American culture.