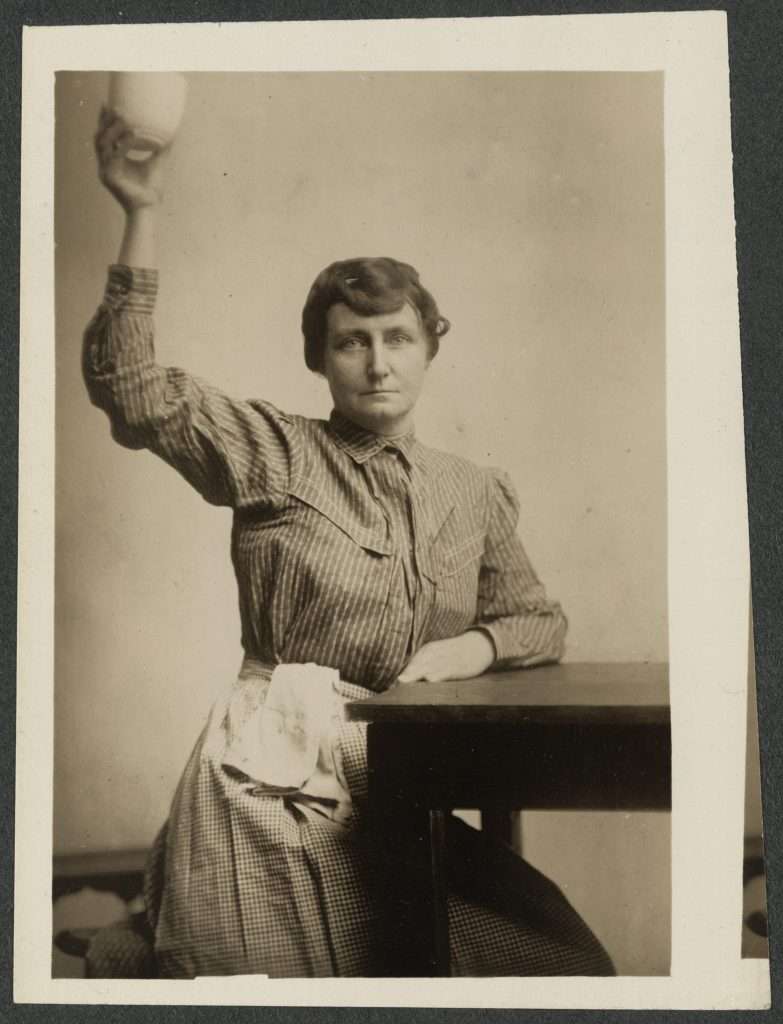 Pauline Adams is photographed in the prison garb she wore while serving a sixty-day sentence in Occoquan Workhouse, in Fairfax County. Adams was arrested on September 4, 1917, while picketing the White House for the woman suffrage cause and then sentenced to the workhouse. She was arrested again at a demonstration on February 9, 1919, but released for lack of evidence. From February to March 1919, she was part of the "Prison Special," a tour of former inmates who traveled the country recounting their experiences. This photograph was published in The Suffragist, a weekly newspaper, on February 15, 1919.