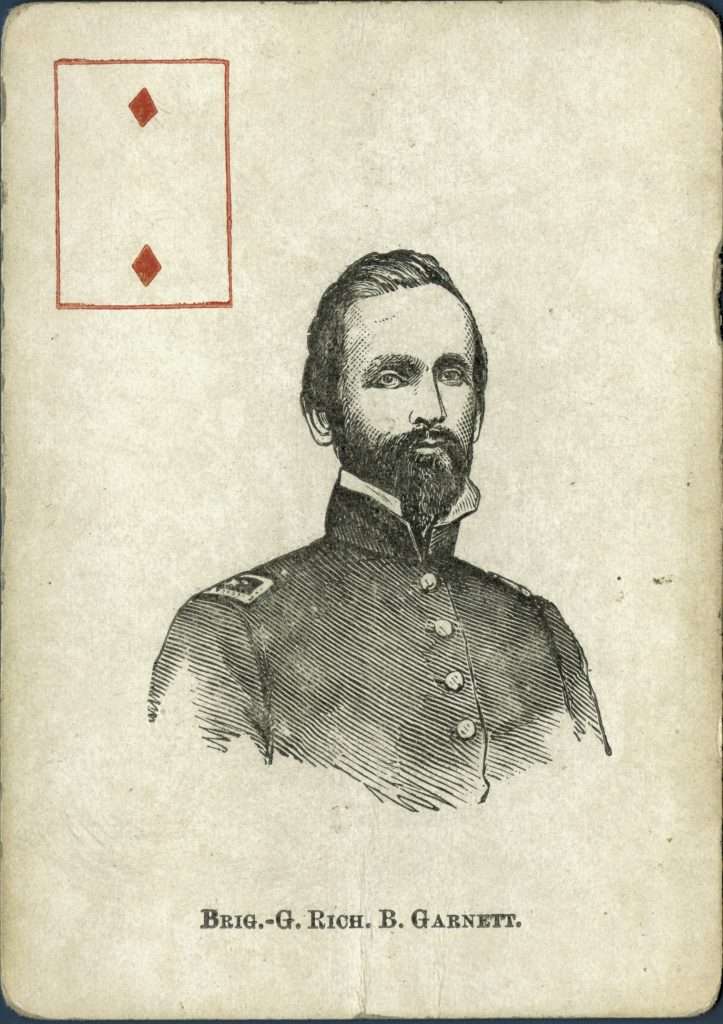 A supposed portrait of Confederate general Richard B. Garnett appears on the two of diamonds in a pack of Confederate playing cards. The set was produced in New York, where the engraver removed the insignia from Garnett's collar and placed him in a United States Army uniform, perhaps to underscore the fact that the Virginian had once served in the federal army. The Northern publishers, however, neglected to verify the general's image, and, according to the Garnett family, pictured Richard's cousin Robert S. Garnett by mistake. There has been an ongoing controversy over whether there is any extant image of Richard B. Garnett.

Though popular with his own men, Garnett was charged with neglect of duty for pulling his troops back during the Battle of Kernstown in 1862. General Thomas J. "Stonewall" Jackson placed Garnett under arrest for withdrawing his brigade without orders. Garnett vehemently denied the charge and requested a court-martial to clear his name. Court proceedings were suspended after one day and Garnett retuned to active duty, though he believed his reputation had been tarnished irrevocably. Garnett died July 3, 1863 at the Battle of Gettysburg while helping to lead Pickett's Charge; his body was never recovered.