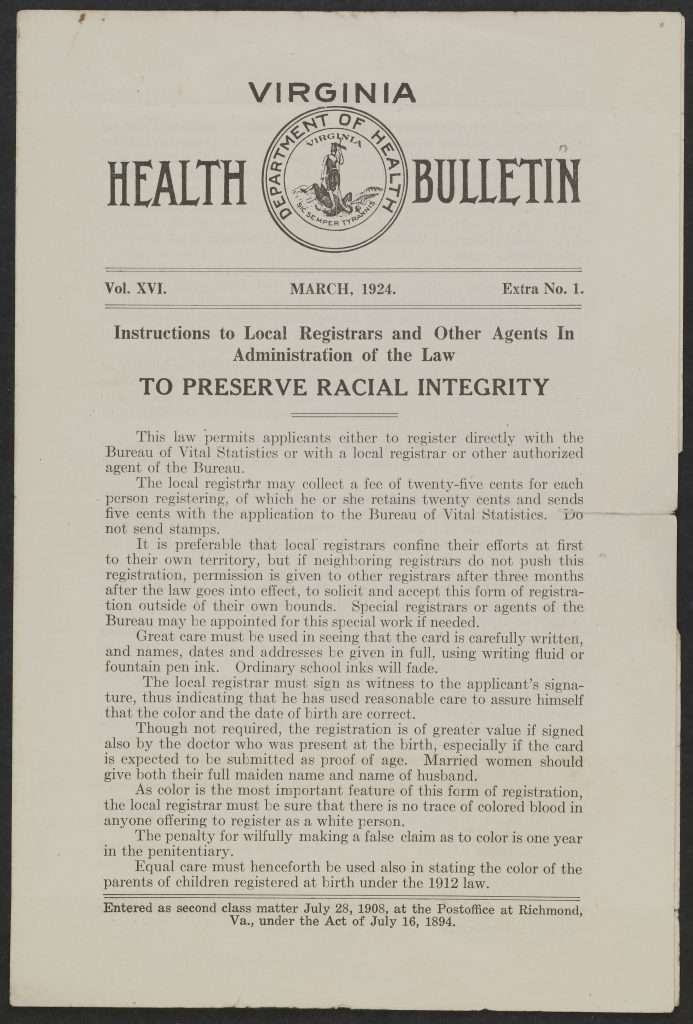 A 1924 bulletin issued by Virginia's Department of Health instructs agents in the proper way to register citizens with the Bureau of Vital Statistics. "Color is the most important feature of this form of registration," according to the directions, and "the local registrar must be sure there is no trace of colored blood in anyone offering to register as a white person." Headed by Walter A. Plecker, the Bureau of Vital Statistics attempted to patrol the racial borders and enforce the Racial Integrity Act of 1924, which deemed anyone with a single drop of non-white blood as being black. The lone exception to this rule was the so-called "Pocahontas clause," which allowed powerful Virginia families (including descendants of Thomas Jefferson) who claimed kinship with Pocahontas and her English husband John Rolfe to maintain their all-white status and privileges.