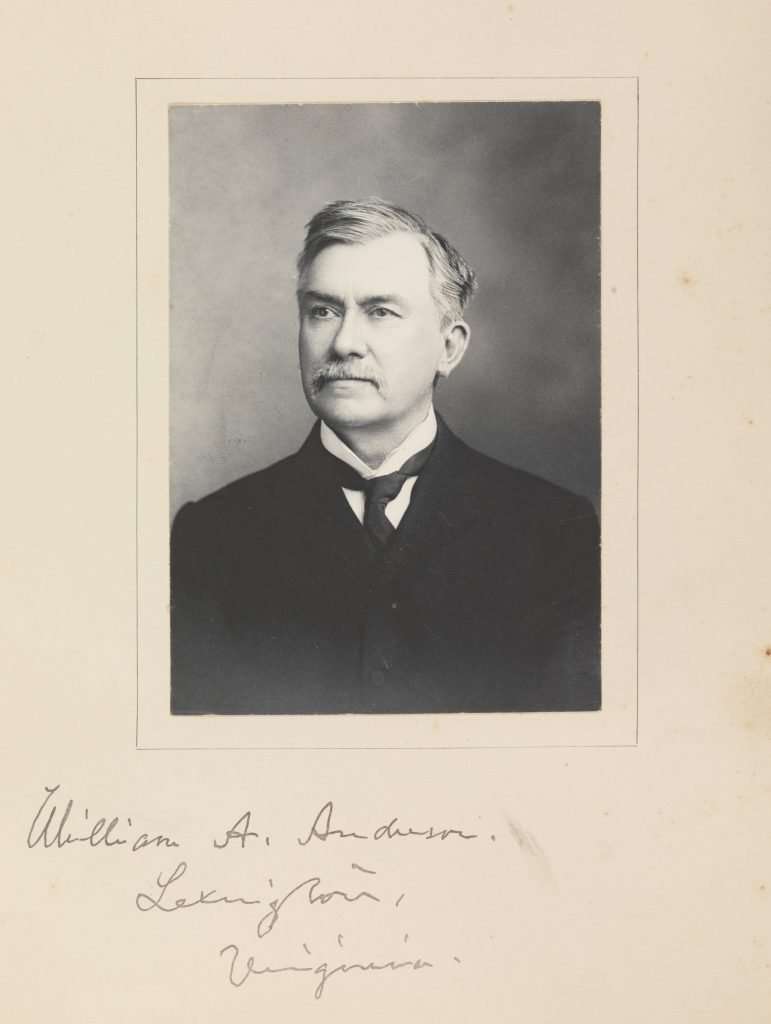 This official portrait of William A. Anderson, with his personal signature beneath it, is included in a volume of 111 photographs of the participants in the Virginia Constitutional Convention of 1901–1902. (There were one hundred elected delegates as well as convention officials.) The photographs were made by Foster's Photographic Gallery in Richmond and bound into a large leather-covered book. Anderson represented Lexington at the convention. During his long career as a lawyer and Democratic politician, Anderson served in the Virginia Senate and House of Delegates, as president of the Virginia Bar Association, and as two-term state attorney general.