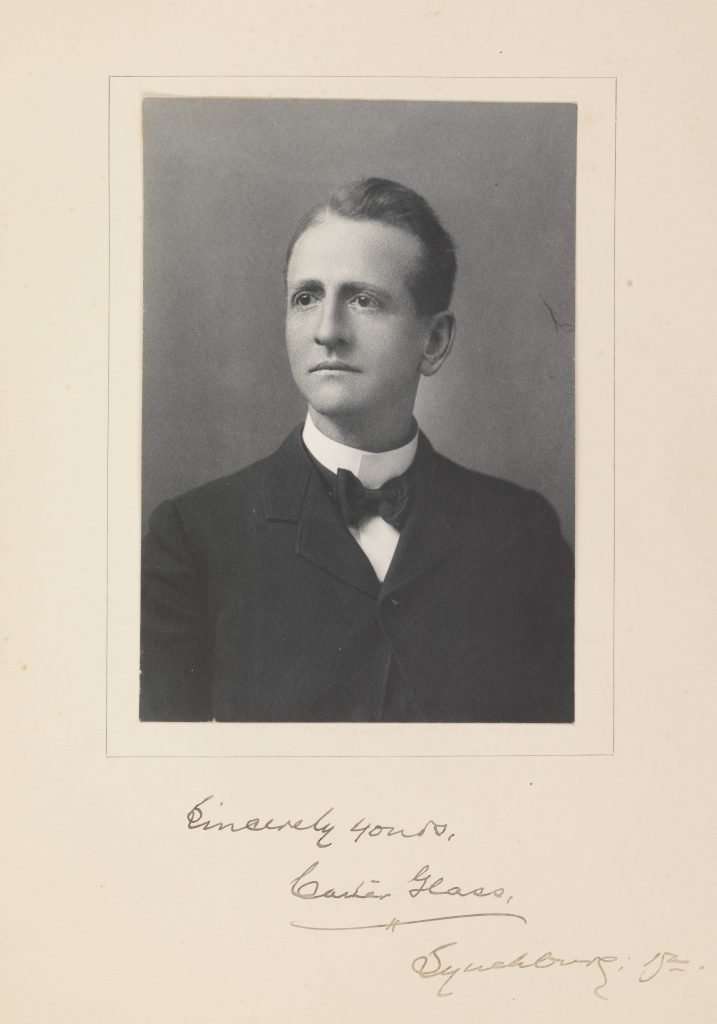 This official portrait of Carter Glass, with his personal signature beneath it, is included in a volume of 111 photographs of the participants in the Virginia Constitutional Convention of 1901–1902. (There were one hundred elected delegates as well as convention officials.) The photographs were made by Foster's Photographic Gallery in Richmond and bound into a large leather-covered book. Glass represented Lynchburg at the convention. Glass, an influential newspaper publisher, later became a powerful politician. He served in the state senate, the U.S. House of Representatives, and the U.S. Senate. From December 1918 to February 1920 he served as Secretary of the Treasury under President Woodrow Wilson. A conservative Democrat who believed in states' rights and maintaining the white power structure, Glass was once characterized by President Franklin D. Roosevelt as an "Unreconstructed Rebel."