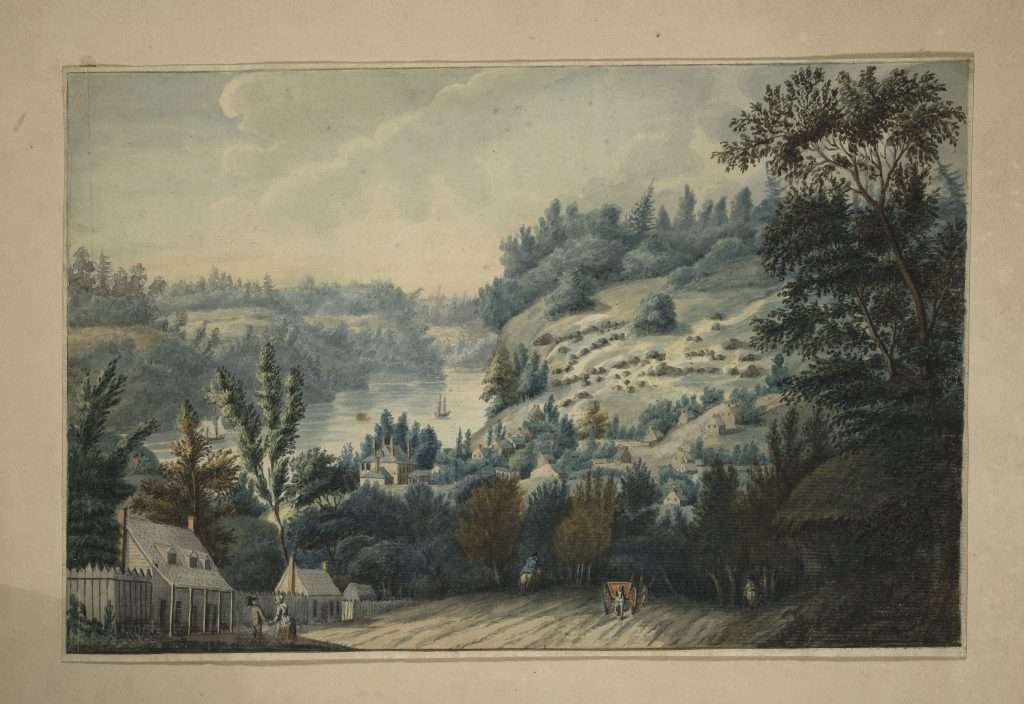 Site of the Battle of Queenston Heights

Houses dot the hillside overlooking the Niagara River in this bucolic watercolor of the village of Queenston, Canada, painted during the first decade of the nineteenth century. A few years later, during the War of 1812, this would be the site of a battle in which British forces and their Mohawk allies repelled an invasion of American troops from New York under the command of Stephen Van Rensselaer. A young Lieutenant Winfield Scott took part in the attack on Queenston Heights and was captured during the fighting. Queenston is located north of Niagara Falls, just above the U.S. border, and during the battle militia from New York refused to cross the Niagara River into Canada to aid the beleaguered troops, which contributed to an American defeat and Scott's subsequent capture. Though Scott was in captivity for only a little more than month, as he was part of a prisoner exchange, the experience permanently influenced his belief that the United States Army needed to be a professional corps with trained and competent officers. Scott would champion graduates of West Point as being the best and most capable commanders of American troops.

The artist who created this watercolor, Edward Walsh, served as a surgeon with the British 49th Regiment of Foot and was posted in Canada from 1803 until 1807.