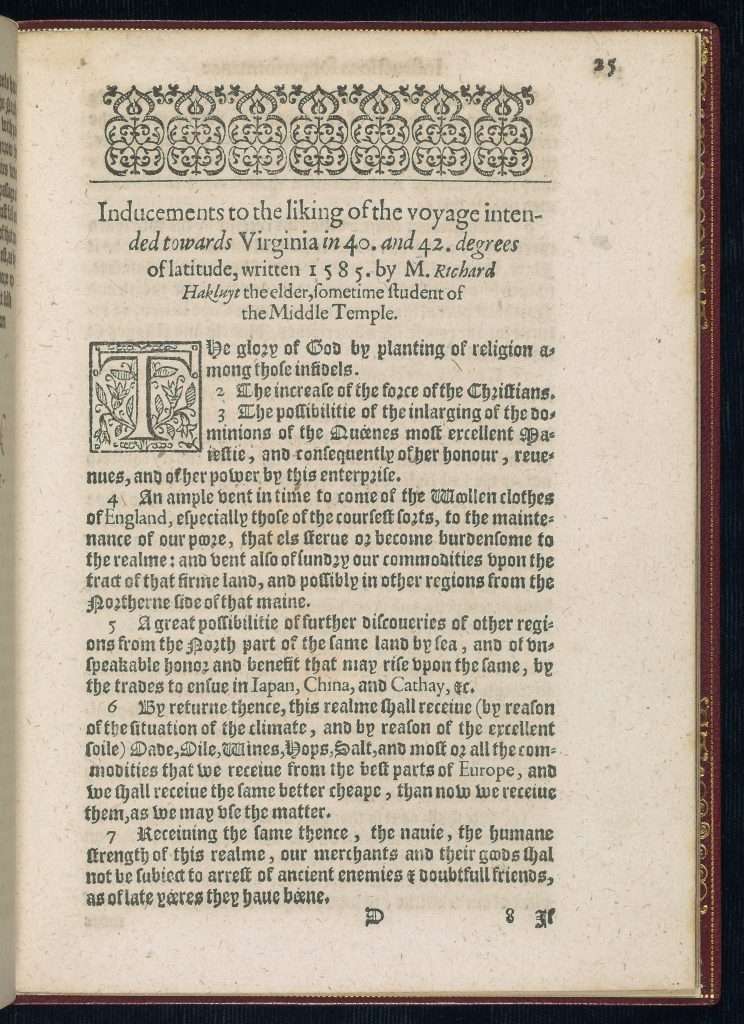 “Inducements to the liking of the voyage intended towards Virginia in 40. and 42. degrees of latitude”,A Briefe and true Relation of the Discoverie of the North part of Virginia F7 .B78 1602. Special Collections

A treatise written by Richard Hakluyt the Elder in 1585 points out the merits of English colonization of North America, arguing on religious, economic, and political grounds. Hakluyt, described here as a "sometime student of the Middle Temple" (meaning that he was a lawyer), opens his text by citing the need to spread Christianity among "those infidels" in America, and then goes on to note how enlarging the queen's overseas empire would add immeasurably to her "honour, revenues, and … her power." The text shown here was published posthumously in John Brereton's A Briefe and true Relation of the Discoverie of the North part of Virginia (1602).