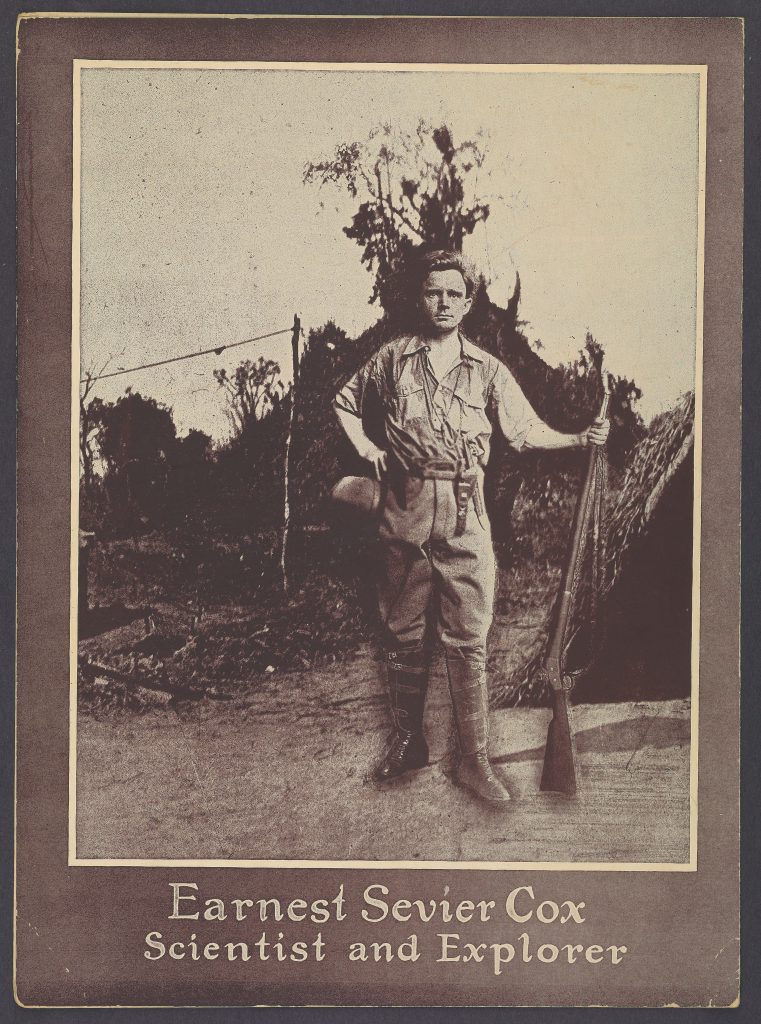 Earnest Sevier Cox, an avowed white supremacist, poses in a rugged outfit and bears a rifle in this portrait that defines him as a "Scientist and Explorer." Cox traveled extensively in Africa to study the conditions of Black Africans and the racial policies of the colonial powers. This photograph may have been taken in the African outback, but it is more likely that it was taken later in a photo studio, as the image has been clearly altered. This is the final page in a promotional brochure titled Earnest Sevier Cox, Specialist in the World-Wide Color-Problem (1930). Cox lectured and wrote widely about his travels and racial theories, and in 1922 he cofounded the Anglo-Saxon Clubs of America, an organization dedicated to the strict separation of the races.