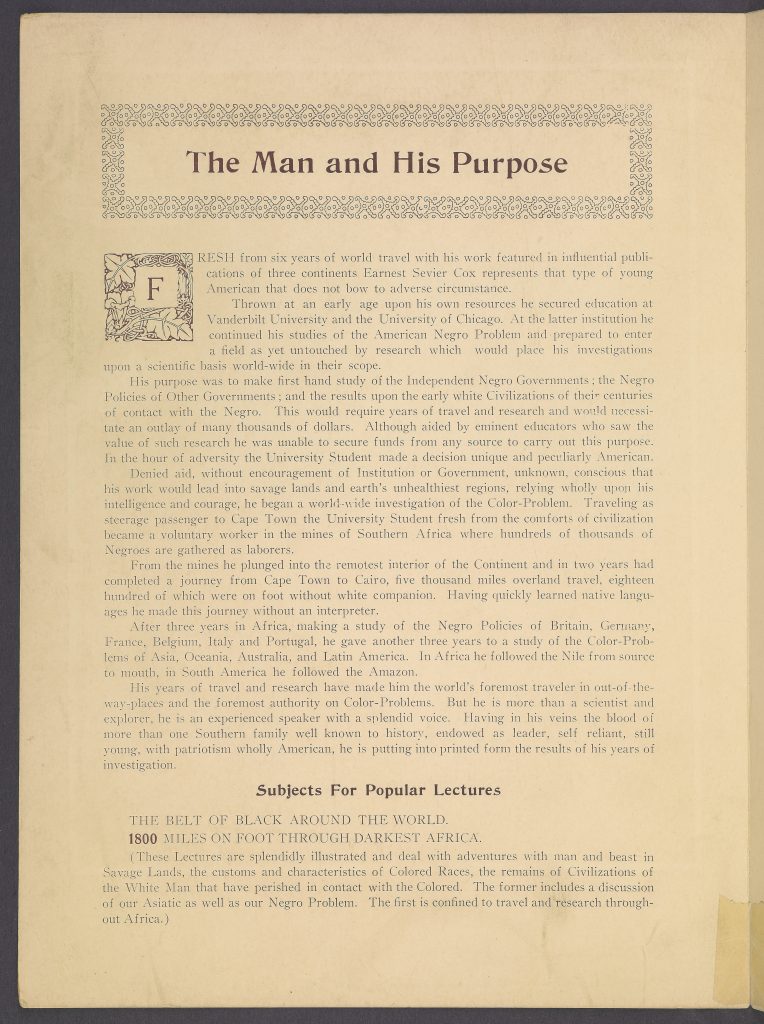 “The Man and His Purpose”,Earnest Sevier Cox

This page is from a brochure titled Earnest Sevier Cox, Specialist on the World-Wide Color-Problem (1930). The promotional text touts lectures by Cox, a white supremacist who advocated for the strict separation of the races. Cox was described as "the foremost authority on Color-Problems" as he had traveled for three years in Africa, and then spent another several years in Asia, Australia, Latin America, and South America studying racial issues. The titles of his popular talks included "The Belt of Black Around the World" and "1800 Miles on Foot Through Darkest Africa." The brochure promised that the lectures would be "splendidly illustrated and deal with adventures with man and beast in Savage Lands, the customs and characteristics of Colored Races, the remains of Civilizations of the White Man that have perished in contact with the Colored."