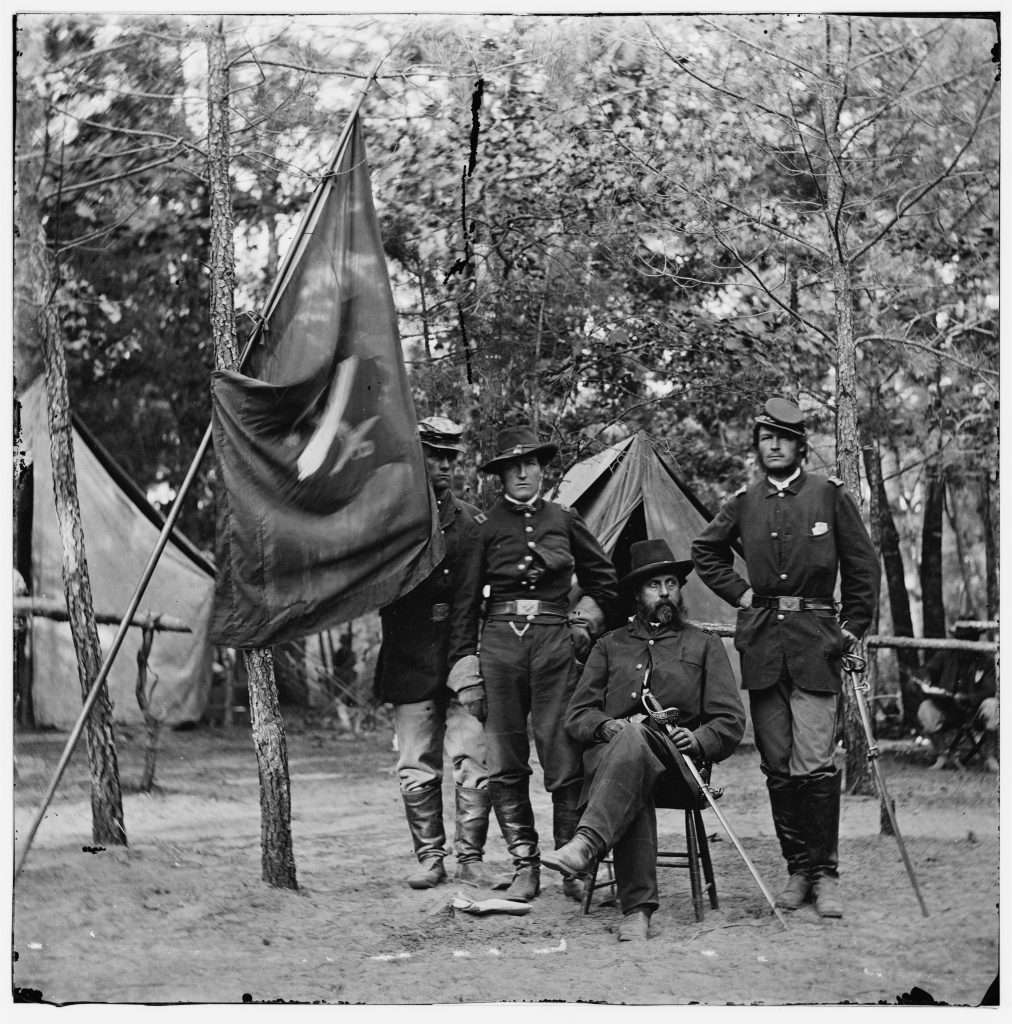 General Orlando B. Willcox and Staff

General Orlando B. Willcox and members of his staff pose for a photograph at Cold Harbor next to a flag that displays the Ninth Corps emblem of a cannon crossed with an anchor. Willcox led the Third Division of the Ninth Corps at the Battle of the Crater on July 30, 1864, in support of James H. Ledlie and Edward Ferrero's attacks. Shortly after the battle, Willcox wrote to his wife that "my division & Potter's behaved well & Ledlie's division & the colored troops acted badly." Although he initially blamed the United States Colored Troops for failure at the Crater, he later admitted that the "colored troops had not only been highly trained, particularly for the assault, but that they were religiously and fanatically wrought up to a fever-heat of zeal for the work, believing that God himself had now given them a chance to prove the courage of their race and their gratitude for freedom." The reason the attack failed, Willcox argued, lay with generals Ulysses S. Grant and George G. Meade for changing the attack plan, so that a white division led the assault instead of the division of United States Colored Troops, which had trained for the attack.