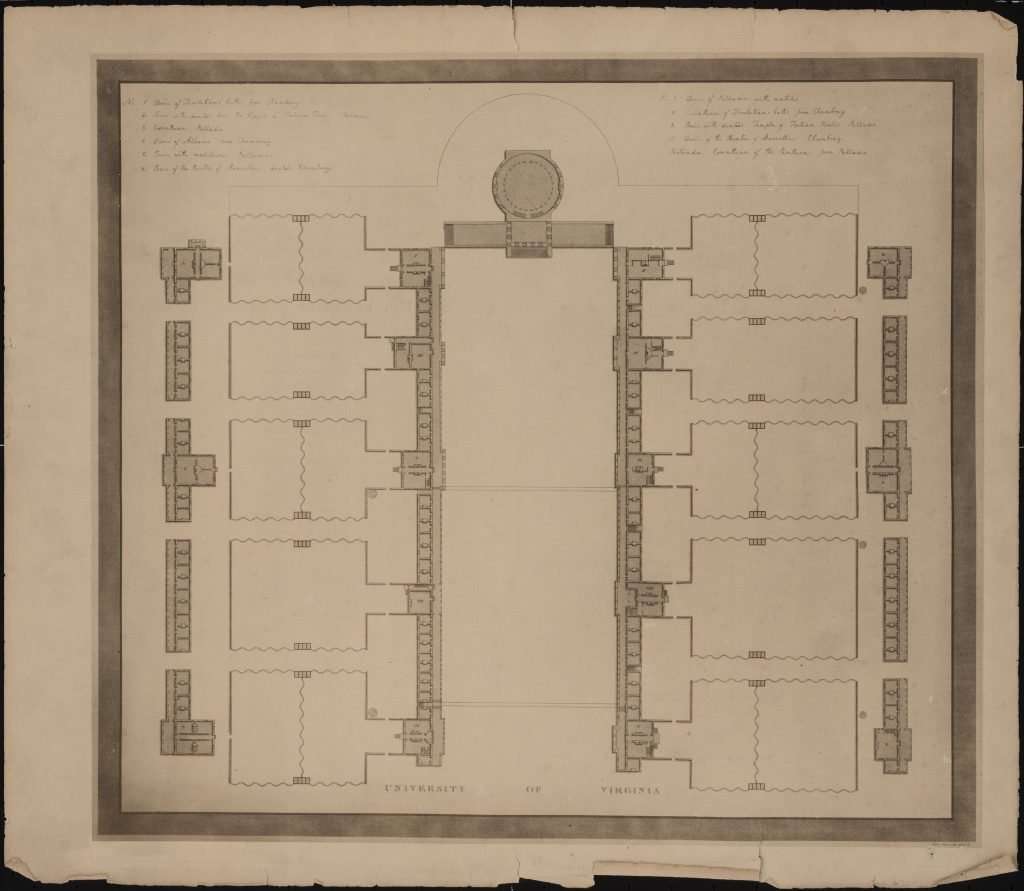 Maverick Plan of the University of Virginia

A facsimile of an engraving by Peter Maverick of New York shows a ground plat of the University of Virginia. The original 1822 engraving was the first published plan of the university. On November 30, 1821, the governing Board of Visitors decided to commission an engraved plan of the university, which had been designed by Thomas Jefferson. At the north end is the domed Rotunda, the centerpiece of the design. Flanking the central green are ten pavilions, where faculty members lived and taught. The pavilions were designed, in Jefferson's words, to be "models of taste and good architecture, and of a variety of appearance, no two alike, so as to serve as specimens for the Architectural lecturer." At the top of the engraving is a numbered key, written in ink by Ellen Randolph Coolidge, one of Thomas Jefferson's granddaughters. The key lists the types of classical columns used for the pavilions and the design sources upon which they were based.