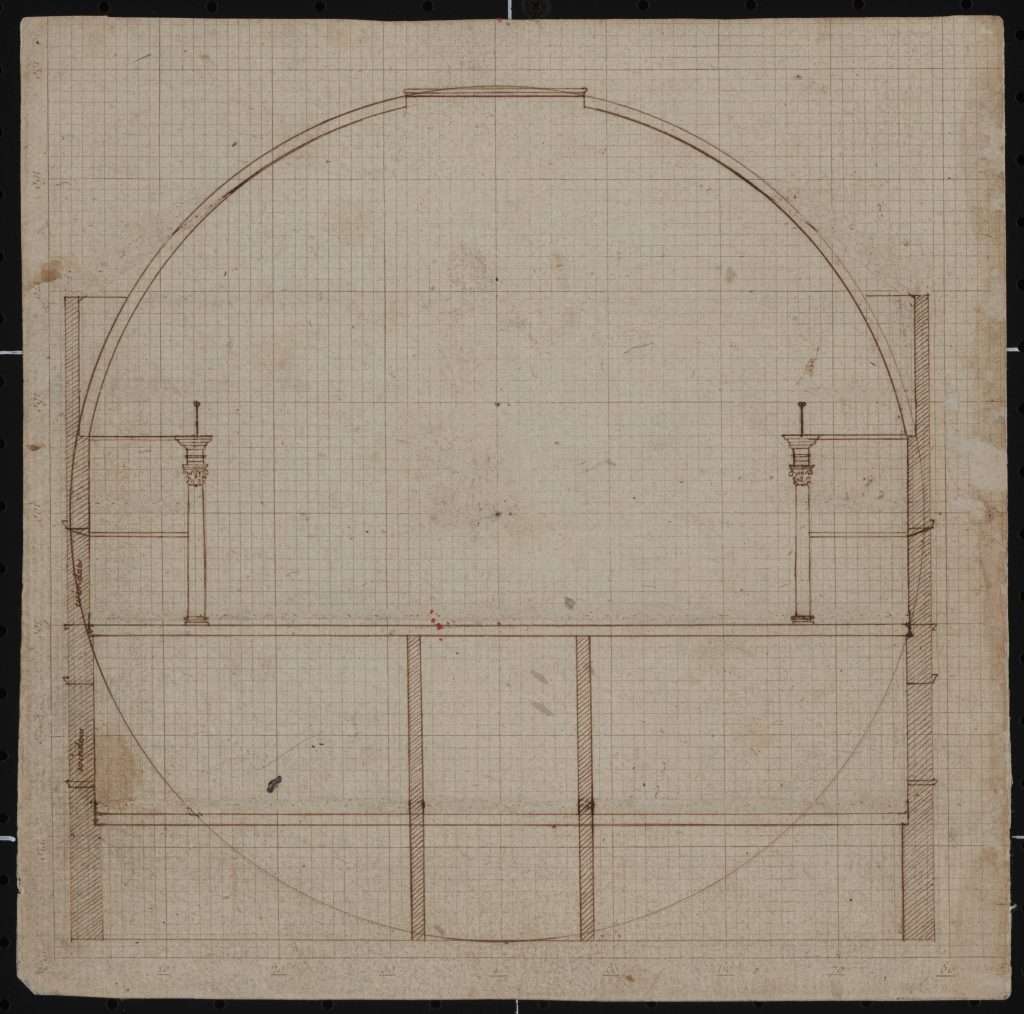 Library Section of the Rotunda

An architectural drawing by Thomas Jefferson shows his plan for the University of Virginia's original library, which was located in the Rotunda, the domed centerpiece of his design. Jefferson modeled the Rotunda after the Roman Pantheon. When the drawing was made, sometime between 1816 and 1819, the university was still called Central College.