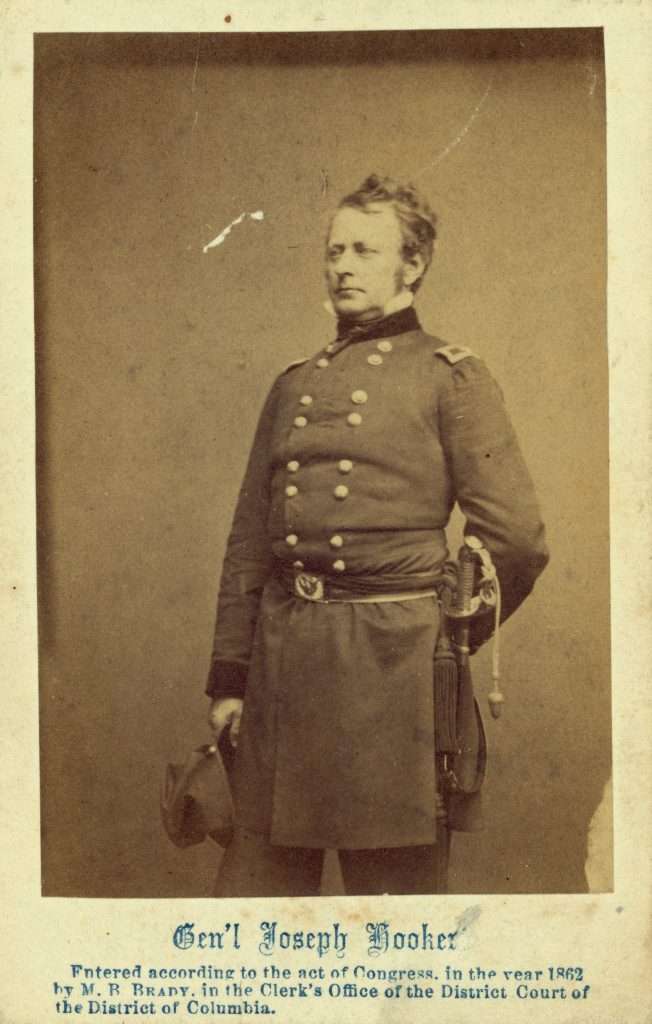 Joseph Hooker was a Union general during the American Civil War (1861–1865) and, for the first half of 1863, commander of the Army of the Potomac. Nicknamed "Fighting Joe," Hooker was a Regular Army veteran with a checkered reputation—rumors of drunkenness dogged him for much of his career—and a talent for political infighting. When he took over the army from Ambrose E. Burnside after the debacle at Fredericksburg (1862), the Army of the Potomac's morale was at an all-time low and desertion an all-time high. He reorganized its forces, virtually halted desertion, established reliable intelligence gathering, and, most important, boosted confidence.