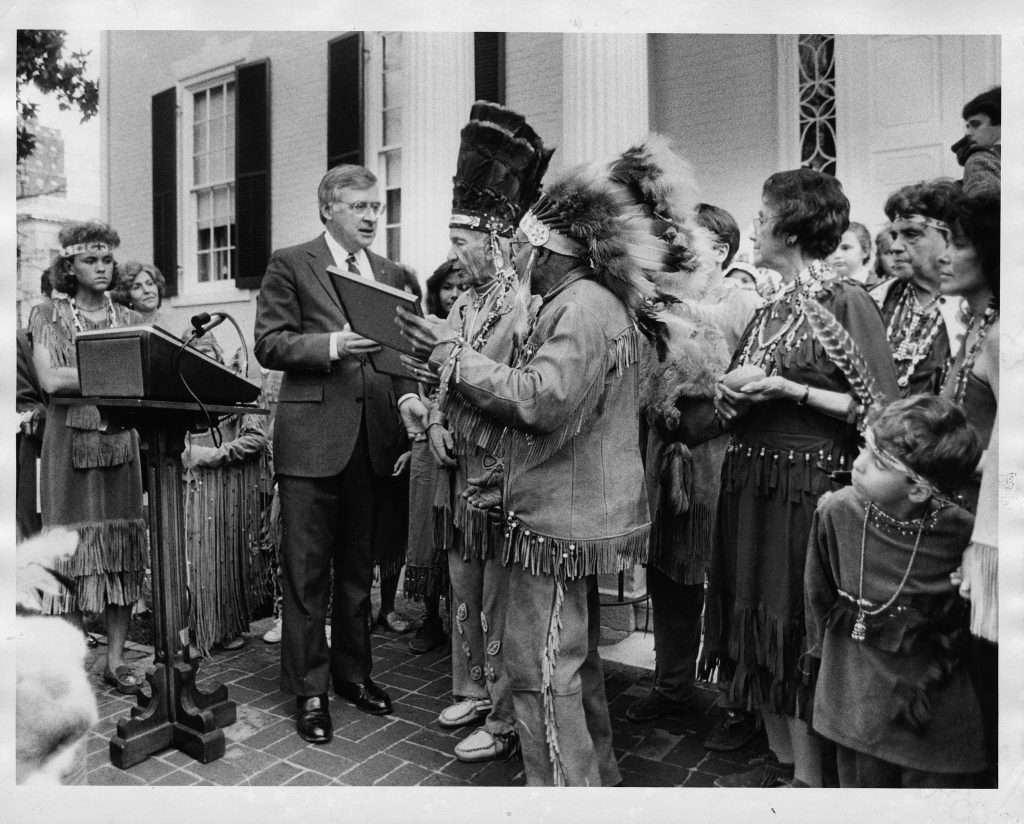 Governor Gerald Baliles presents framed photographs to Chief William Miles of the Pamunkey Indians and Chief Daniel Webster "Little Eagle" Custalow of the Mattaponi Indians outside the Executive Mansion in Capitol Square, Richmond, on November 22, 1988. Dressed in traditional costumes of deerskin, beads, and feathers, the Virginia chiefs then offered gifts as tribute to the governor. The event took place two days before Thanksgiving and honored the terms of the treaty ending the Third Anglo-Powhatan War (1644–1646). In exchange for loyalty to the Crown, the Pamunkey, the Chickahominy, and the Mattaponi Indians received military protection from the English. The annual ceremony continues to be observed by the Pamunkey and Mattaponi tribes.