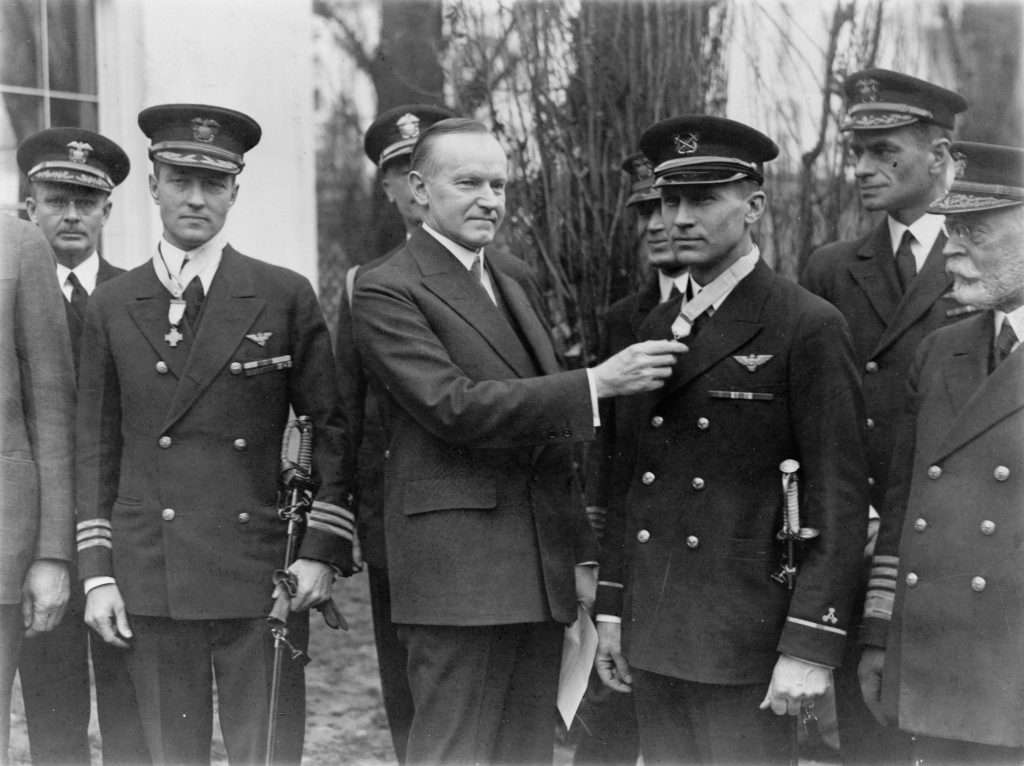 Richard Byrd (at left) and machinist Floyd Bennett (at right, receiving the Medal of Honor) had met on Donald MacMillan's expedition to Greenland in 1925. A year later, the two set out to become the first team to fly over the North Pole. In what became a race against adventurer Roald Amundsen, the pair reported reaching the Pole at 9:02 a.m. on May 9, and they returned to New York, where Byrd received a promotion to commander and the Medal of Honor from U.S. president Coolidge (center). Later calculations, and revelations from Byrd's expedition notebook, revealed that the pair may not have made it all the way to the Pole, and may in fact have turned back more than one hundred miles short of their goal.