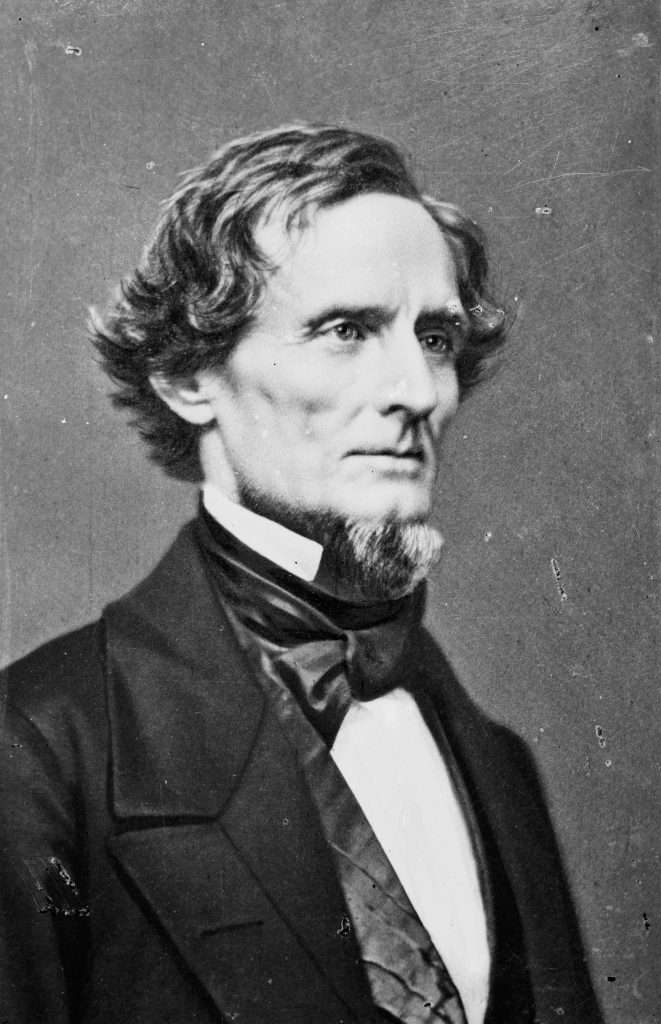 Jefferson Davis was a celebrated veteran of the Mexican War (1846–1848), a U.S. senator from Mississippi (1847–1851; 1857–1861), secretary of war under U.S. president Franklin Pierce (1853–1857), and the only president of the Confederate States of America during the American Civil War (1861–1865). Tall, lean, and formal, Davis was considered to be an ideal leader of the Confederacy upon his election in 1861, despite the fact that he neither sought the job nor particularly wanted it. While Davis's reputation suffered over the years, Confederate general Robert E. Lee spoke for many when he said, "You can always say that few people could have done better than Mr. Davis. I knew of none that could have done as well."