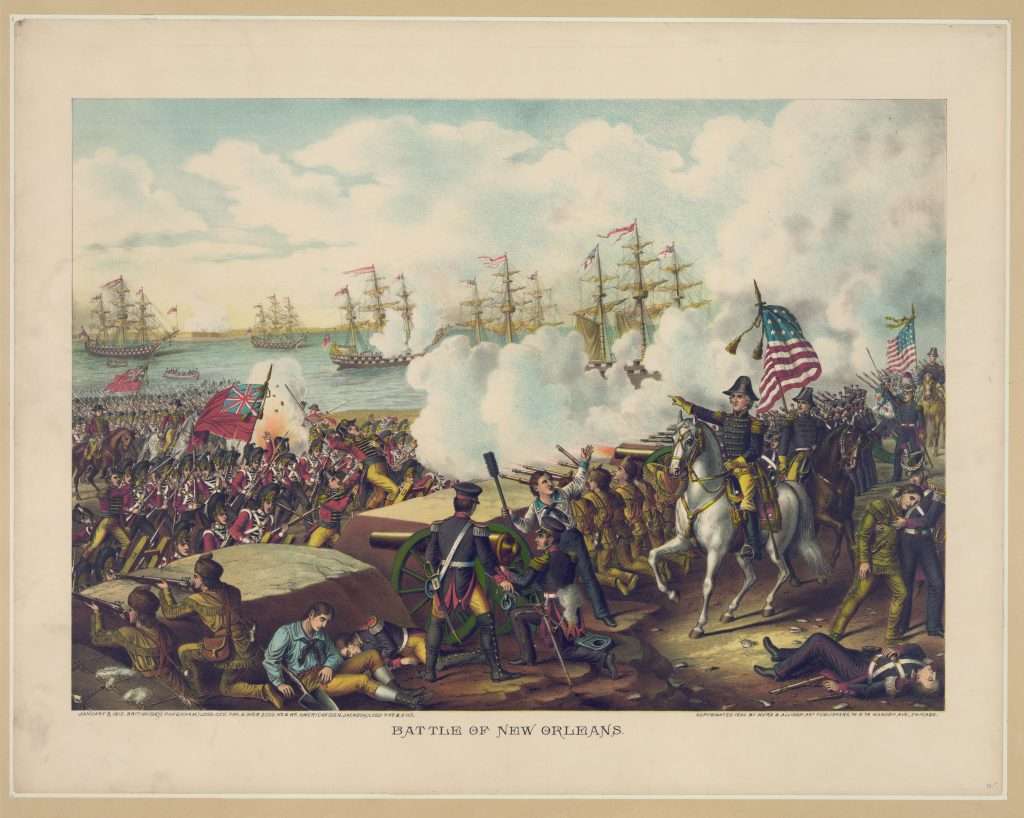 General Andrew Jackson, on horseback in foreground, directs his forces against invading British troops near New Orleans on January 8, 1815. British general Edward Pakenham, leading the attack with sword raised, staggers backward after having been shot. Pakenham was killed during the battle, the last major encounter of the War of 1812. (The irony was that the war was officially over before the battle had even begun. A peace treaty to end the war had been signed on December 24, 1814, but news was so slow to travel that neither side was aware of the fact.) The Battle of New Orleans was a decisive victory for Jackson, whose troops—a blend of regular soliders, militia, and frontiersmen from Tennessee and Kentucky—outmatched a large force of British regulars. Jackson's performance during the battle made him a national hero and helped launch his political career.