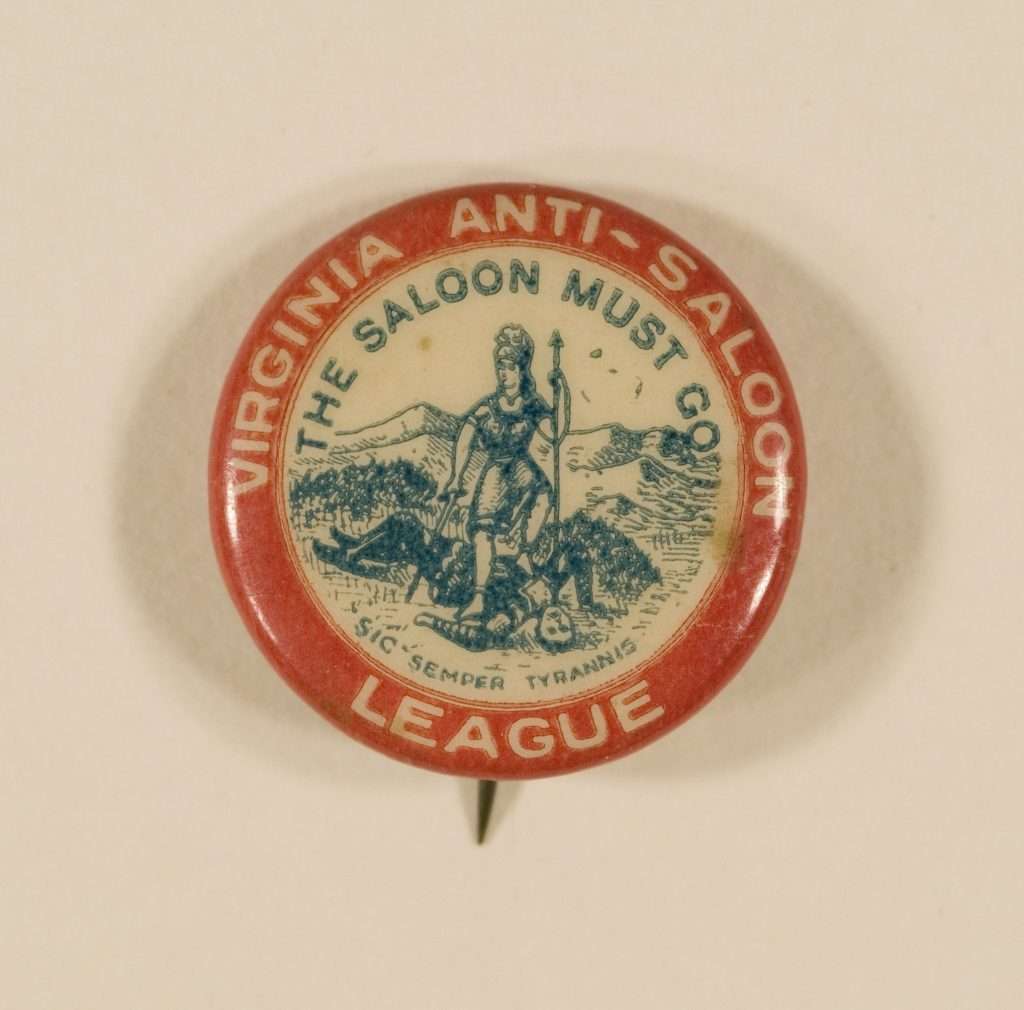 A political button created by the Virginia Anti-Saloon League features the seal of the Commonwealth of Virginia surrounded by the temperance message, "The Saloon Must Go." Virginia's Anti-Saloon League was established in 1901, and became a major political force, especially within the Democratic Party, in the first two decades of the twentieth century.