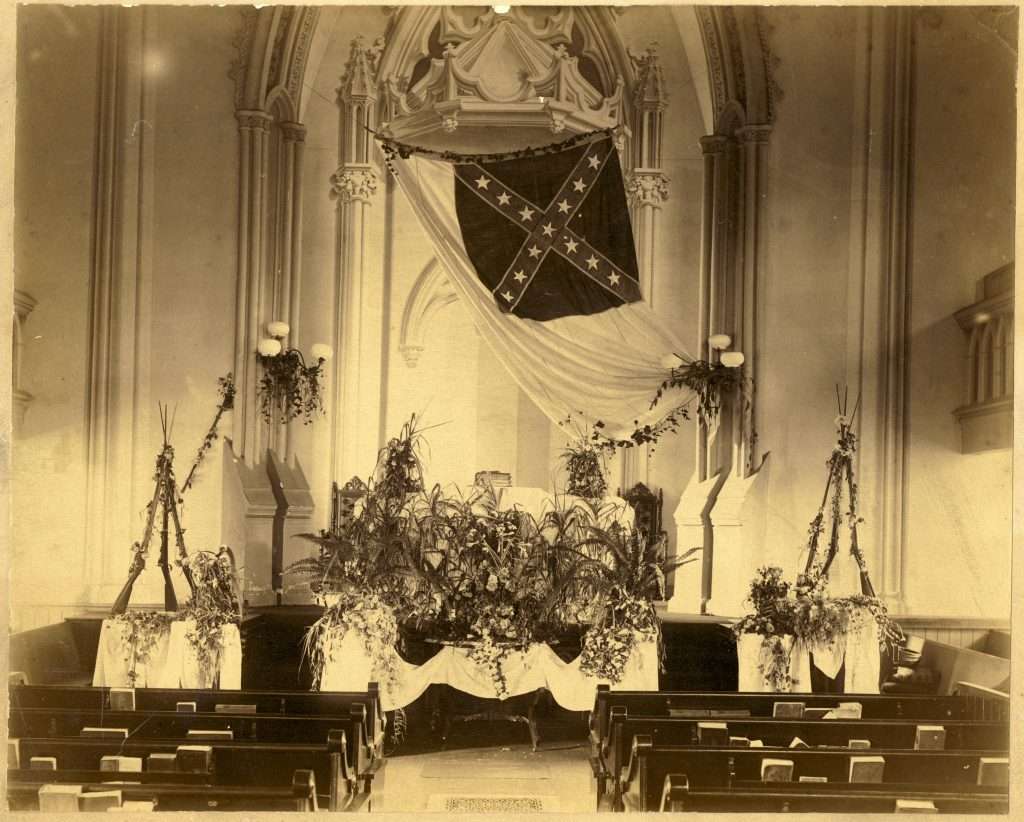 The following images show the Confederate battle flag employed as an important symbol of the Confederacy and the Lost Cause view of the war. By the end of the Civil War, the battle flag had become imbued with both a religious and patriotic meaning and Southern organizations such as the United Daughters of the Confederacy and the United Confederate Veterans cultivated a veneration for the flag. The first photograph captures the interior of an unidentified church, festooned with fabric and flowers, garland-bedecked bayonet rifles standing as tripods on either side of the altar, and a large Confederate flag at center. The shrine-like scene may be a memorial service for Confederate general Thomas J. "Stonewall" Jackson. The next image shows a crowd of spectators at the unveiling of a statue of Confederate general J. E. B. Stuart in Richmond, Virginia, in 1907. Confederate flags can be seen in the distance above the crowd on the left side of the photograph as well as more prominently positioned upon the base of the statue of Stuart. The final photograph shows John Herbert Shaw (1835–1940), a veteran who had served with General Stuart, posing in 1938 below a Confederate battle flag at a commemorative event held by the Robert E. Lee Camp Soldiers' Home in Richmond, Virginia.